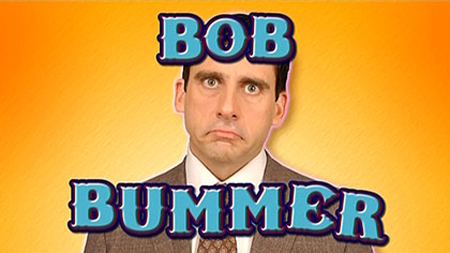 So. We lost. The Lynx won. We're currently tied with them in the standings, and there are two games left in each team's schedule. I could talk about the unfortunate loss to the Sparks and the missed opportunities, but instead I'll focus on the positives. And there are several:

Without further ado, a half-hearted attempt to catch up with our Silver Stars, after the jump. 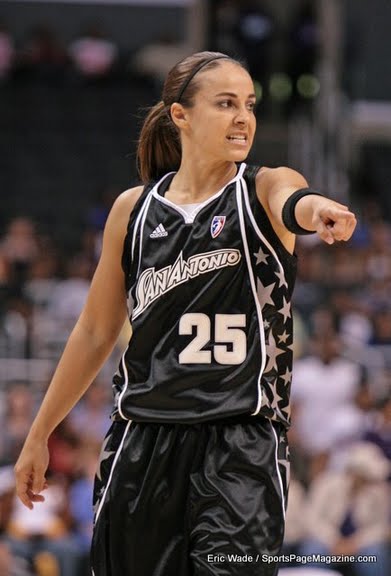 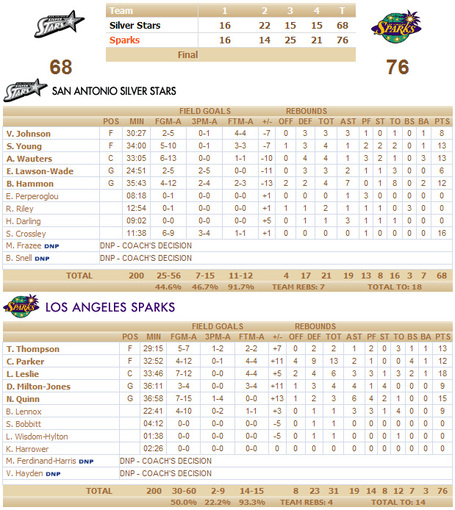 Okay, I don't have much time left before gametime, so I'll be quick about it: we were the Globetrotters for a half, and the Generals for the other half. We were Dr. Jekyll, then we turned into Mr. Hyde. We were Batman, then Robin. We were Manu, then not Manu. We were OK, then KO... ...Okay, you get the point.

None of our Big Three played well: Sophia and Ann were merely mediocre, and Becky leaned towards suckiness. Our best player was Shanna Crossley, and that's a pretty good hint of the level of the Stars on Tuesday. We locked down defensively midway through the second and went back to the locker room 8 points ahead in the boxscore, and then we everyone seemed to relax in the second half. No one rotated, fought through picks, or boxed out the Sparks' stars. We somehow got it to 58-60 in the 4th, but then the Sparks went on a run and that pretty much it.

Bottom line, it's not easy for the Stars to play a whole game. And it's worrisome.

Your one (Silver) stars

1st - Shanna Crossley: 6-9 from the field, 3-4 from beyond the arc. That's exactly what we need coming off the bench. There were many reasons we lost, Shanna. You were not one of them.

On paper we're better than the Monarchs. For what it's worth.

The Silver Stars and the Monarchs have met three times this season. The Stars won the first one, and then lost the next two. Be afraid, be very afraid.


How can I watch tonight's game?

Today we have LIVE ACCESS once more. Expect great! ...Basketball, because the feed will probably suck rocks.