Share All sharing options for: '09-'10 Spurs Schedule by Way of Embarassing Charts

The schedule may or may not be a big deal, but we are three months from a real game and probably two from preseason games. It is a long wait so why not look into the schedule. I actually had a spreadsheet started with column headings at around 10:00 AM on Tuesday. That is some insight into the embarrassing part. I sent the spreadsheet home and finished filling it out and added some charts. It's not pretty, but come inside for all of the gory details....

Most people just write about "Games to Watch." You know what I do with those articles, I skim them and see what they say about the Spurs games. You know what my "Games to Watch" are? All of 'em. If my Spurs are going to battle, I want to see it. That is what is so awesome about sports, every game/fight/race is a singular, priceless event that can never be duplicated. Every game is important to me so let us look at some charts and tables analyzing the WHOLE schedule. You should know what we are going to be looking at though.

First, I wanted to look at the opponents record from last year. Sure, some teams have improved and maybe some haven't, but in general the teams will fall relatively where they were last year with a few outliers. The Spurs, Lakers, Magic, Cavs, Mavs, Nuggets, Blazers, and Hornets are all going to win some games. Personally, I think Washington is a team that will see a huge turnaround, but they are an exception to me. They also only represent two games of our 82 so I'm willing to live with it. Also, if they get better, another team is going to probably fall so it should potentially balance out. Every NBA regular season finishes with 2,460 wins and 2,460 losses.

Another factor I wanted to look at was our match-ups with our opponent last season. I understand our team has added and changed a lot but Duncan, Parker, Manu, Mason, Hill, Finley, and Bonner are a core that will receive a huge bulk of our total minutes next season. Bowen, Fab, KT, Udoka, and JV were all on reduced roles or minutes., and was Gooden really even here? I added season splits to the table. When I calculated the numbers for season splits for a portion of the schedule, I averaged the season splits of the opponents. They are not weighted by number of games played. Fifty percent against Houston is the same as 50% against New York or Toronto.

Finally, I wanted to create a way to combine these factors to create a projected strength of schedule. I wanted to keep it simple and not influence it too much with weights. I just averaged four numbers: opponent's previous season's win %, previous season's home or road win % depending on where the '09-'10 game is played, previous win % against us last season, and the Spurs loss percentage depending on whether the '09-'10 game is a home or road game. Figure 1 shows a plot of regular season record vs my weighted percentage. You can see the linear trend line and that there is a clear pattern which is pretty obvious. In general, my weighted numbers reduce the strength of the schedule, but we are a better team this season anyways if you really want to use these numbers to predict games won. The real point from the graph though is that if you look at a team that won say 40% of their games, they can post an almost 59% strength against us and it works the other way too. I really wanted to show these factors in the projected strength. 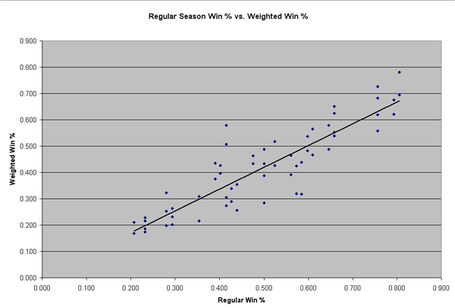 The Season by Charts

Let us get started with a general plot of the games and their opponent win percentages. See Figure 2. 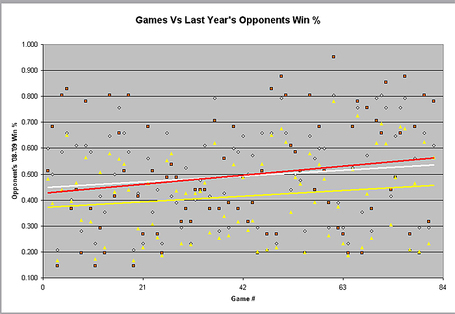 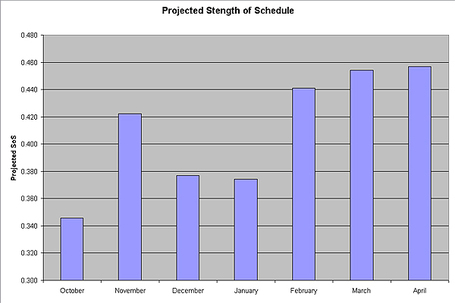 Figure 3 shows the weighted strength of schedules by month. October is the easiest but there are only 3 games that month. November isn't as easy as some may think from a cursory glance at the schedule. One thing is for sure though, February, March and April are going to be a grind. This may lead you to ask the question: We do play the rodeo road trip in the later half of the year (February) which would mean more home games in the first half of the season so how does this effect the schedule? Great question, reader. 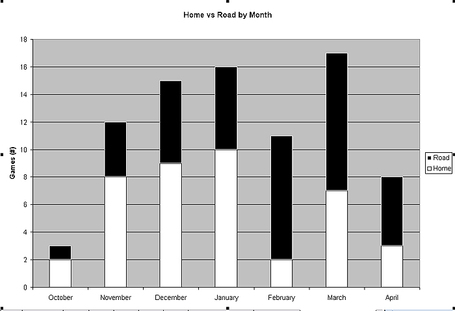 Figure 4 shows the home and road games for each month of the season. There is definitely more white before February and less white after. There is actually only one point in the entire season where we have a negative home game vs road game margin (2-3 on Nov. 6th). After that we are always positive until the last 4 games or so we are even twice.

After January, we will have played 29 home games of the 46 total games played. That is an obscene +12 games at home. After that we have a 2 home of 11 total February followed by a combined 10 home of 25 total March and April. That is only 12 of our last 36 games at home. How much of a factor is home court? I mean we are a great road team and we were a solid home team last year (possibly great if we had been healthy). 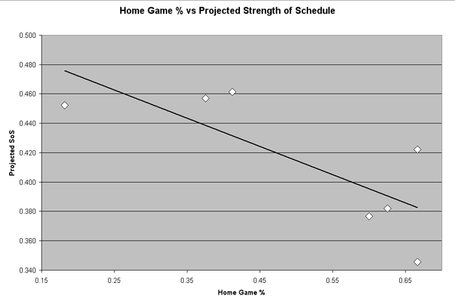 Figure 5 clearly shows a relationship between home game percentage and strength of schedule. That is obvious to any fan without any graph, but what I want to look at are the points that stray furthest from the trend. First, the point on the far left at 18% home games and 45.2% SoS represents February. That is a tough stretch but our rodeo road trip is also softened by quite a few games that month: @ Kings, @ Clippers, and Thunder. Detroit was also a terrible home team last season. The Sixers and Pacers are two more of those opponents and neither team looks improved compared to last year. It is also so low of a percentage of home games that the nature of the NBA balances it and forces it to a more normal percentage.

The other point I want to talk about is the one on far right at 67% home games 42.2% SoS which represents November. Many people are looking at this month as easy. All 4 road games that month are against playoff teams from last year (Jazz, Mavs, Rockets, and Blazers) and all had great home records last season. We also have 3 of the 8 home games against playoff teams (Jazz, Mavs, and Sixers). The Sixers also destroyed us in Philly last year.

The Master Table: Compare Numbers to your Heart's Content

Our schedule starts fair, gets easier, ramps up at the rodeo road trip, and then ends tough. I think this is the perfect schedule for us. We get some home games to get our new guys adjusted, and then we have tough road games to battle test them and unite them before the playoffs. I mean there is no escaping the tough games. This is actually very similar to last season. Our first couple of games were tough and made even harder without Manu, but we battled back and got a good record in the early months even with Parker out. Then at the end of the season we lost some games and some people thought we got worse but I disagree. The schedule was brutal, and we fought hard even without Manu. Our roster is much improved, and I think they will dominate this schedule, FSM willing.

If you want my excel worksheet, email me. If you have an idea for a chart to add, let me know and I'll edit the post to add it to the bottom. I have another 4 or 5 that I ended up not using in the post as is.

Per ATS's comment about frequency, I made this chart showing our schedule in order in blocks of similar days. Home games are white. Road games are black. Days of rest are in green. The green spike of 5 is the All-Star Break. 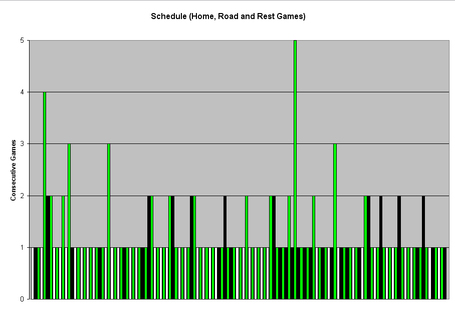 Figure 6: Home, Road, and Rest in Groups of Consecutive Days

We need to be a clear #1 in the west at the ASG or at least heavily in the mix. It appears that last half is an even more serious grind than I previously thought.