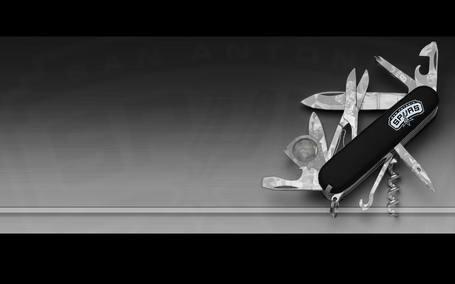 I have seen quite a few Swiss army knife references on PTR. I think they started from Powell or Stampler or someone else describing Manu's many skills. It was then used to describe our many bigs and how they all serve a purpose. This was reinforced and fleshed out (without the analogy) by ATS when he wrote about "the Spurs' system and balance of skills". The closest case you could make is maybe Haislip and Bonner both being 3-point shooting bigs, but really the comparison ends there. Sadly there weren't more things out of the knife so I only used Duncan, Manu, Parker, RJ, Dice, Finley, Mason, Blair, and Hill. I had started a rough version a couple weeks ago and was motivated to work on it again by LatinD's Blair wallpaper. 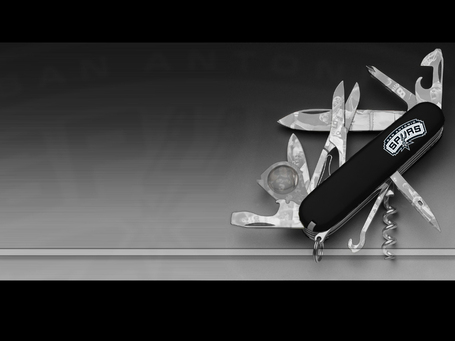 LatinD and I want to make wallpapers a more regular post, so if you have an idea, post it and LatinD will feature it on the Wallpapers page linked on the left. It doesn't have to be explicitly Spurs related either. You can focus on PTR or something PTR related.

I forgot the PTR text and have added it. I didn't incorporate Pop, but I did add the AT&T center. 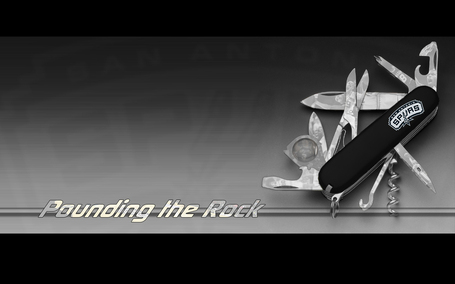