And so ends game 2 of Summer League play for the Spurs. There were definitely some promising signs, and some mystery as well. As in, nobody knows what the real reason was for DeJuan Blair's DNP-CD. Also, there were the players. Just like last time, let's find out who made the biggest impact on the game for our Spurs. Box score after the jump. 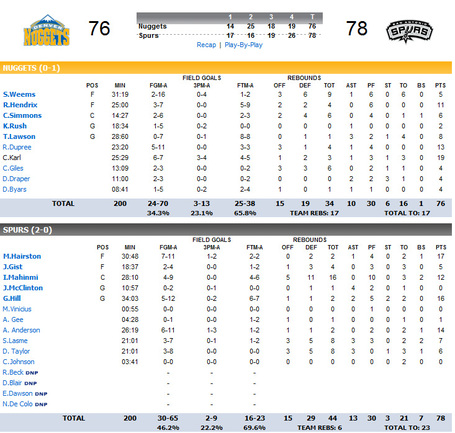 NOTE: Stats under "A. Anderson" actually belong to Romel Beck, and vice versa.