Well, I'm in and online. Let's start with a photo.

The first game is 20 minutes from getting started. I'm having photo issues. I hope to hae some later. 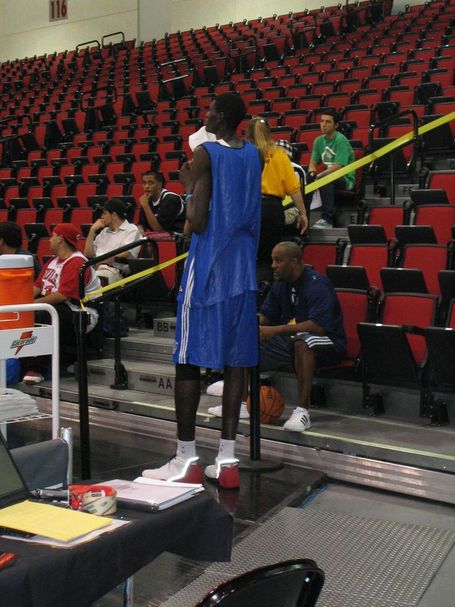 Here is where I'm sitting. Well, it's the view from where I am sitting. 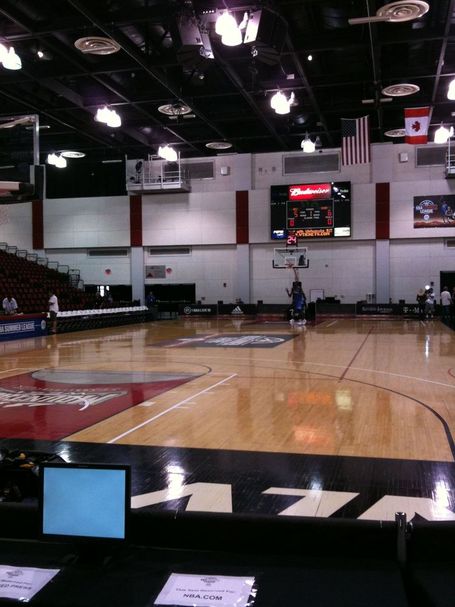 The Los Angeles Lakers roster. Not many recognizable names there.