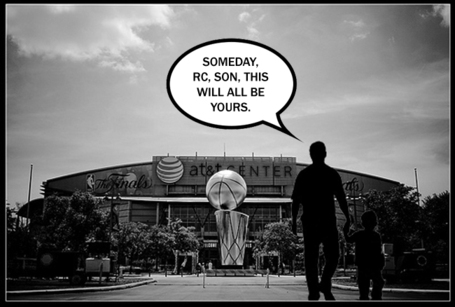 It's the offseason, and us Spurs fans don't have much to talk about. Wild speculation about would-be sign-ups and trades has kept us sane, and rooting against the Lakers has kept us entertained, but that's honestly not enough for me. I find myself drifting to other sports, other hobbies. It's a time to gather our strength for a new season of heartbreak and hope, and the relative sopor here at Pounding the Rock reflects that.

Now, I'm a bandwagon fan, I admit it. I only started really rooting for the Spurs when Manu was called from Italy, and just because my favorite player of all time was part of the team. As time passed and I watched them play, learnt their history and got to know Pop, Timmy, the organization as a whole, I became a fan of the team and as I've said before, I'm here to stay. However, true fans are formed by their experiences supporting their team throughout their life, good and bad ones, and I'm sure those championships I enjoyed were that much better for them because of that.

I decided to use this offseason to learn a bit more about my team of choice, and since I was reading about it I thought I might write some posts for the blog. In fact, I'm hoping that old-timers like ATS and SiMA get in the mood and tell us more about the good ol' days, when the beer was tastier, the women were prettier, and the Spurs were... suckier.

Once more unto the breach!

First, a disclaimer. This is not intended to be an accurate historical account, but rather a merry journey through some highlights of this team we all love. Let me know when I'm speaking out of my derriere.

Here There Be Dinosaurs (The Prehistory)

Once upon a time (or in 1967, whatever) the Dallas Chaparrals were formed. They were one of the 11 teams that comprised the famous ABA, the fun-loving counterpart to the all-business-Stern-is-coming NBA. Other members? The Houston Mavericks and the Denver Rockets. (I bet I just blew your mind.)

Their first year as a team was promising. The Chaps' stars were Cliff Hagan, the player-coach, forward Cincinnatus "Cincy" Powell, center John Beasley, and guard Bob Verga (high-five to the Argentines reading this!). They played in State Fair Coliseum, now apparently a hockey stadium, and jumped to the second place in the Western division with a 46-32 record. They finished two games ahead of Denver and two games behind the New Orleans, who back then were called "Buccaneers" - by my estimation about 10 times manlier than "Hornets". 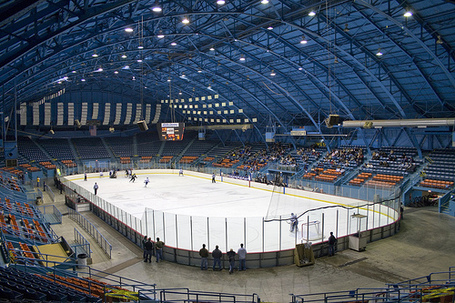 State Fair Coliseum - no banners in the rafters, in true Dallas fashion

The Chaparrals swept the Mavericks in the first round of the playoffs, and somewhere the FSM smiled and nodded. However, the New Orleans Badasses proved to be too much for them in the second round, but I blame the fact that they played in Dallas. Unfortunately, it'd be downhill from there for our heroes: the next season they slipped all the way to the fourth spot in their division with a New Jersey Netish record of 41-37 record, and despite battling back out of a 1-3 hole against the Buccaneers in the first round of the playoffs, they lost game 7 101-95.

There were changes in the roster te next season. Hagan decided he wanted to focus on coaching and stayed on the bench for the rest of the season. Apparently that wasn't such a hot idea, because he was promptly fired after a lukewarm start by the Chaps. A new center was added, Manny Leaks, and he averaged 18.8 points and 12.5 rebounds. (We could sure use some of that, eh?) Leaks was only 6-8, which shows that the Spurs were the Spurs before they were the Spurs. The new coach, Max Williams, took the Chaps to a 45-39 record, but lost again in the first round to the Los Angeles Stars. It was apparently a series for the ages, though, with the evil not-Lakers winning game 6 and the series 124-123. 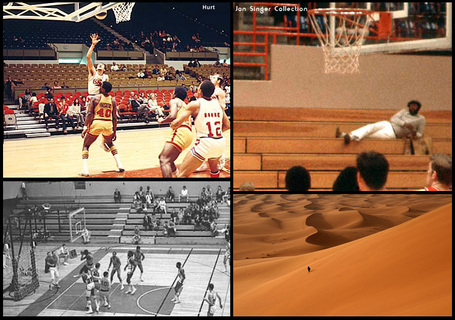 Dallas never treated the Chaps well. Attendance was always poor and there was a general disinterest regarding the local ABA team. (In the top-left photo, John Brisker is giving up an easy layup in a January 5, 1971 contest in Fort Worth. The Chaps announced a crowd of 500, but that was wishful thinking.) Trying to become a regional team, they changed their name to the Texas Chaparrals during the 1970-71 season and played games in Fort Worth, Texas, at the Tarrant County Coliseum, as well as Lubbock, Texas, at the Lubbock Municipal Coliseum. It didn't last - two coaches and a zillion players came and went, but nothing seemed to work and the team fell beneath .500, finishing with a 30-54 record and a first round exit to Utah Stars. The next season they were called the Dallas Chaparrals once again, and I'm sure the local fans appreciated the gesture. 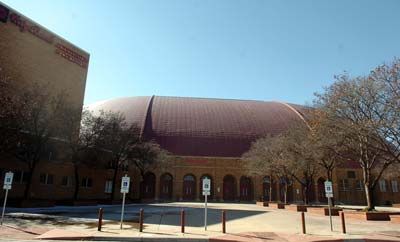 Tom Nissalke was hired as their coach for the 1971-72 season, and he actually got a Coach of the Year award for taking the pitiful Chaps to a .500 (41-41) record. Unfortunately, they went on to lose in the first round against the Star once again, and Nissalke moved on to bigger and better things for the 1972-73 season (the Seattle Supersonics, in fact, which once again shows how much history they had, and what an asshat Stern is for letting that team disappear). With him gone the Chaps fell apart like the Tacoma Narrows Bridge on a windy day. They finished the season with a 28-56, and talks about a possible purchase of the club by a group from New Jersey completed their alienation from the local basketball fans. Fortunately for us, the deal fell through. 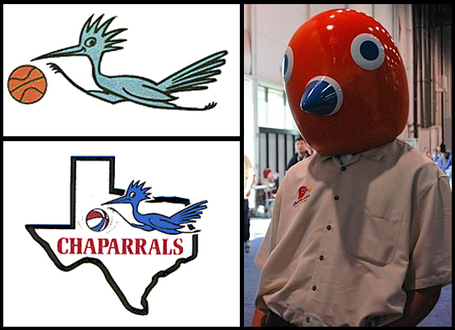 There's a great site called Remember the ABA. There they asked old fans of the Chaparrals to share their favorite memories of the team. It's definitely worth reading, and I picked a couple I liked to quote here:

Don Baker shares: "In one of the first Chaps games I listened to, there was a unique play involving Dallas guard Glen Combs. Stembridge was describing the action of Combs slowly dribbling up the court for an offensive sequence when the ABA ball simply deflated. It just went flat like an old tire. Of course play was stopped as the refs dug another basketball out of the bag. I vividly remember thinking that night, 'Wow... what a contrast between the two pro basketball leagues...'"

John Bass remembers: "The Chaparrals also had a gimmick where they had a live 'up to the second' scoreboard at one end of the court (picture below). It took two women to operate the thing. It was kind of neat to see all the points and fouls of each player during the game, the board was about 10 or 12 feet tall and about 20 feet long." 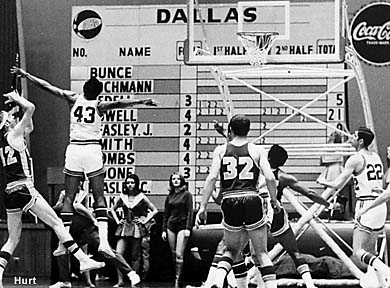 In 1972, the NBA Houston Rockets waived guard James Silas. Silas was quickly signed by the Chaparrals, and he played for them for a whole year. However, the Chaps were done. They played their last game on March 26, 1973, going out in style by beating the Carolina Cougars, the ABA's best team that year, 112-110. 134 fans cheered from the stands.

You can all imagine what happened next. The team was bought by daring men from another town in Texas, and Silas stayed and played for the newly christened San Antonio Spurs for eight more years. It'd be the first hint of many great things to come.