For stat-geeks like me, I thought I'd write this after feeling inspired to look up his game log after reading the Express News piece rikiddo posted.

So get out your calculators and push your glasses up the bridge of your nose, because its all numbers after the jump....

EDIT: Pictures added to the numbers right before posted. So if you hate numbers, just scroll through and look at the pretty pictures. 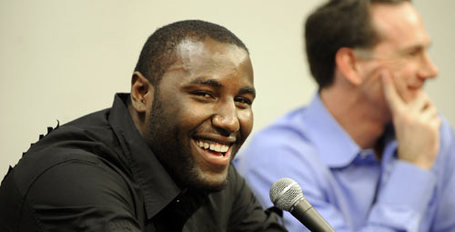 1. Growth as a Player

Pitt lost 5 games last season. All 5 were games where Blair had less than 10 FGA's. The year before Pitt lost 10 games. Blair had more than 10 attempts in 6 of those losses. His FGA's on the season went up from 8.5 to 10.9. So to connect those lines for you, he added 2.4 FGA's and his team only lost games when he was under his average the second season because he became a more efficient and dominant player. Its safe to say that at 20 years old, he isn't peaked either. It is also worth noting that Blair only fouled out in 3 games and they combined for 3 losses by 6, 8, and 14 points. In another loss he had 4 fouls and was limited to 23 minutes of court time.

He also had only 2 games out of 37 above 15 rebounds his freshman year. 12 of his 35 games last season were above 15 rebounds. He also doubled his assist to turnover ratio from year one to two.

In his freshman year, he played 37 games and 963 minutes. In his sophomore year, 35 games and 955 minutes. That is a 0.8% difference so let us just say he played two season with the same minutes. +4.1 PTS, +3.2 REBS, +.3 ASTS, -.6 TO's, +.46 A/T, -.2 STLS, -.1 BLKS, -.2 PFS, +5.6% shooting, +.07 PPS. He took 68 more shot attempts but got only 13 more free throw attempts. Let's hope this is showing him developing better range but it could also show the development of bad habits when finishing at the rim. Maybe someone else can shed light on this if they saw Pitt play both years. Eight less steals, 7 less blocks and 14 less fouls shows some sacrifice and control on defense. They don't record stats for what I call the Red Auerbach Block (blocks your team actually recovers). A PF and a steal are turnovers, a block may not be so the tradeoff could be more valuable if he has a low percentage of blocks recovered.

2. What about high pressure situations? 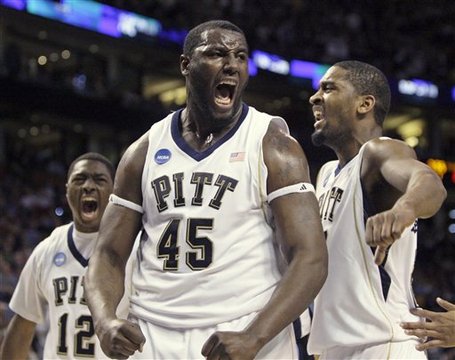 Well lets start by looking at the elimination game against Villanova in the tournament. He went 9 of 9 from the field. His first perfect game from the field since his second game his freshman year where he went 4 of 4. He also added 10 rebounds in that game. 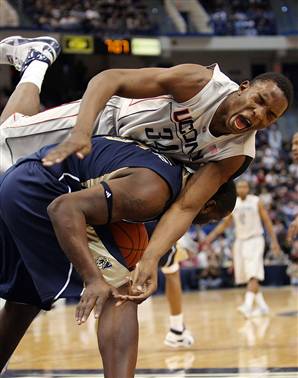 We all know about his now infamous "Thabeetdown" where he had 22 PTS, 23 REBS, 2 ASTS, and a BLK on the road at UCONN. He was less impressive in his home game against Thabeet to end the season but his team won by 10 on his 8 PTS and 8 REBS. Sam Young was sort of a ballhog though taking his second most FGA's of the season and scoring his 3 highest total (31), but you aren't here to read about the guy taken one spot before our guy. While talking about Thabeet(picked 35 spots ahead of our guy), his assist to turnover ratio is a joke compared to Blair's and stayed the same for all 3 years in college.

Blair played in 6 games against ranked opponents not named #1 UCONN so let us look at those. I'm going to put the teams tourney seed in parantheses. 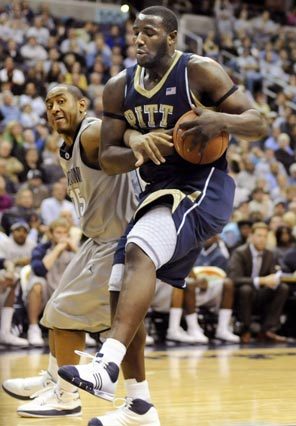 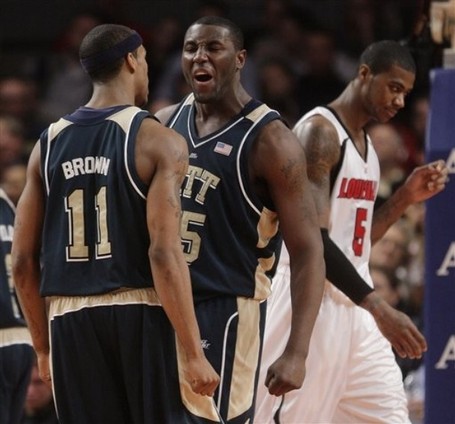 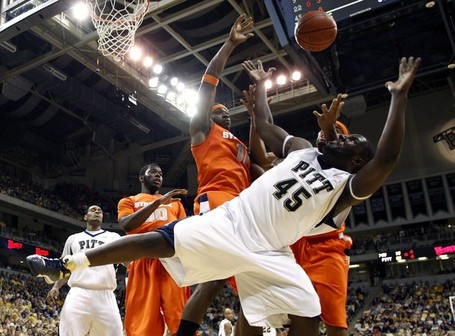 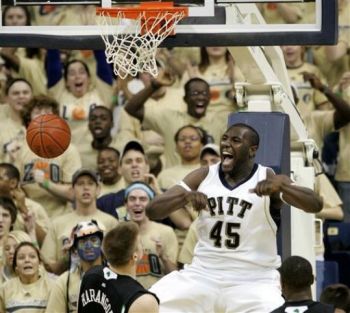 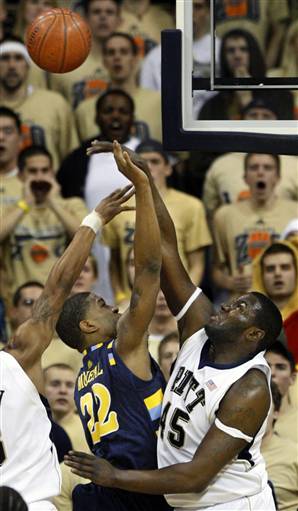 Two losses and both appear to be foul trouble where he was limited to 20 minutes. Both were also on the road and college road games against quality teams are generally brutal atmospheres. Even in those losses 18 total rebounds in 40 minutes of play. 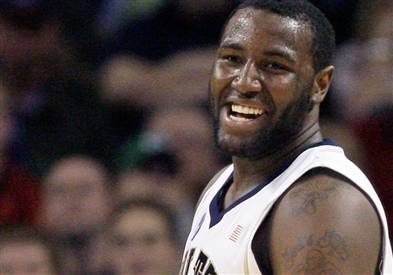 In conclusion, he really seems to be as monstrous as advertised and shows signs of growth. I think he will make some players wish they didn't have ACL's. This is a horrible reference if you didn't grow up in the 90's and see this movie as a kid, but could this be like that movie Rookie of the Year. An injury that makes him an athletic freak.