Get to know your new[ish] Spurs #2: Marcus Williams

Share All sharing options for: Get to know your new[ish] Spurs #2: Marcus Williams

After davis's recent post introducing Richard Jefferson to us, it's time to review a guy that was already on the Spurs' roster, but often forgotten in the chaos of the big trade, and then the draft. A quick note to RJ: even though his name is Marcus Williams, he's not going to push you away(thanks to BlaseE for the find) after a good offensive possession. In fact, you both play the same position(SF), so you won't be on the floor together. And you even played college ball at the same place, so hopefully you'll have plenty to talk about. 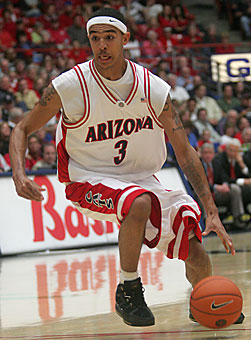 You guys better get used to that face - he makes it on every image found with Google.

Obviously, one of our new players from Arizona is much more famous, and is much easier to find information about. So this post is not going to be anywhere near as epic as davis's introduction to RJ. However, there's still a lot we can learn about the skinny, multi-tattoed, headband-wearing ath-uh-letic kid that played all of 2 minutes for the Spurs last season, and missed his only shot.

For more info on Marcus and the Spurs' D-League prospects, be sure to check out Ridiculous Upside. Scott was even nice enough to leave some great links about Marcus at the beginning of the comments on this artice.

The Journey to the Spurs

We'll start back in 2005, when Marcus was a senior at Roosevelt High School in Seattle. 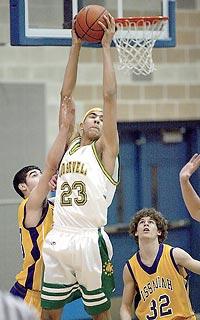 In high school, Marcus had some pretty good numbers: 30 ppg, 11 rpg, 3 apg, 3 spg, 3 bpg. And he led his school from terrible in his first year to making the state playoffs in his final year. Of course, that was high school. So what happened after that?

Well, Marcus decided to take a scholarship to play at The University of Hell Arizona. He played 2 seasons, and in his sophomore year he was putting up 16.6 ppg(on 49.4% shooting), 6.7 rpg, 2.2 apg, 1.1 spg, and 0.8 bpg. Not as gaudy as the numbers he put up in high school, but those are enough to make you leading scorer at Arizona over Chase Budinger and a younger Jordan Hill. He was also used as the primary stopper on the opposition's best perimieter player almost every night. 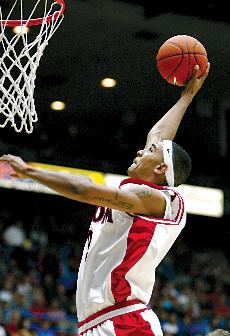 Hey, cut it out - future Spurs don't do that.

So the Spurs drafted him at #33 in 2007. The next year, he was on the Toros' roster most of the time, with some short stints in the NBA, appearing in one game for the Spurs in 2007-08, then jumped ship to play in 10 games for the Clippers at the end of that season. 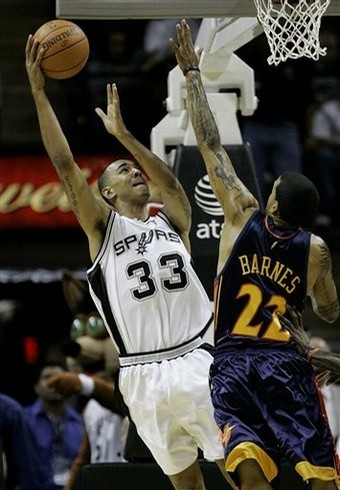 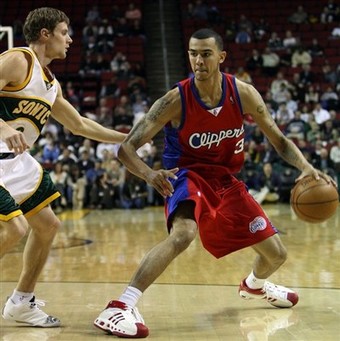 The NBA's version of "Scared Straight": Ladies and gentleman, the Los Angeles Clippers.

The 2008-09 season found Marcus back with the Toros until the Spurs called him up after Manu's injury. Marcus played 2 minutes (watch for #2 at about the 1:50 mark) with zero stats for the Spurs after being called up. After his short stint for the Spurs last season, Marcus and Malik Hariston(who also spent time with the Spurs last season, and may make the team this year) led the Toros to victory in the first round of the D-League playoffs last season, then promptly lost in the final. I've gotta say his defense isn't exactly impressive in the Toros video, but that's such a small sample size it's doubtful that it really tells us anything. He looks better on D in the Spurs video, though.

During the last season, when Marcus was lighting up the D-League as a member of the Toros, he was often described as a point-forward. Those 5.3 apg would seem to justify that description, but it hasn't translated to his short stints with the Spurs and Clippers. Then again, he's not exactly been given much chance in such limited minutes, but the numbers per 40 minutes seem to also indicate the same thing. By the way, I don't think our Marcus ever played for the Warriors, but the one who played with RJ in New Jersey has played for them, so we're ignoring that line until we get confirmation that it was actually him.

In any case, he should be on the summer league roster, so hopefully we'll have a bit more of him making douchebag players from other teams look desperate. And yes, I mean Mr. paper airplane himself, Jason Terry. If he can make waves in the summer league the way he did in Austin, he probably keeps his roster spot, and his currently non-guaranteed roster spot. 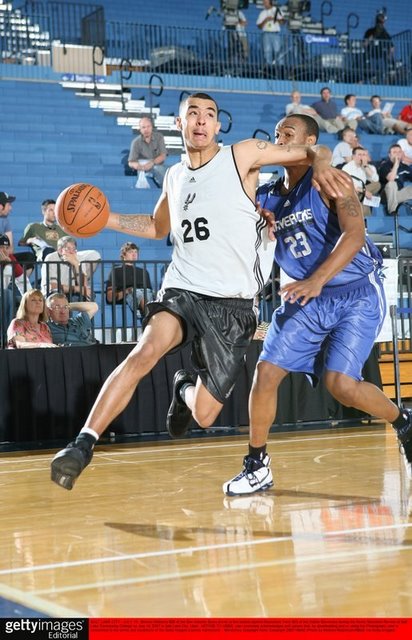 Is that ATS looking over Marcus's shoulder? If not, he will be this summer - with press credentials.

Williams is on the roster mainly because the Spurs wanted to keep him away from other teams after his renaissance in the D-league last year. It remains to be seen whether he has what it takes(his big weakness in college was that he had no jump shot) to be on the Spurs full-time this year, but hopefully he'll have more of a chance this time around. He seems like a "Spurs" guy, and he obviously has some talent, so here's to hoping he can become a quality rotation player behind RJ. It would be nice for another one of our recent draft picks to stick.