Share All sharing options for: The San Antonio Spurs front office is smarter than you. And smarter than Kevin Pritchard. 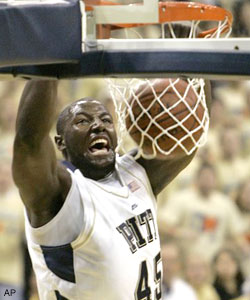 Wait, I'm NOT supposed to dunk? OK, Pop whatever you say.

So the draft just happened, and RC Buford probably thinks he hit the lottery with the 37th pick. If you're looking for an unbiased opinion, you've come to the wrong place - all we've got is praise and worship for the best front office in the league. We've been seeing a lot of RC lately, for good reason.

I know what you're thinking: A 6'7" Power Forward with bad knees? Why are you so high on this guy? Come on down, see what life is like when you block out all the bad thoughts. 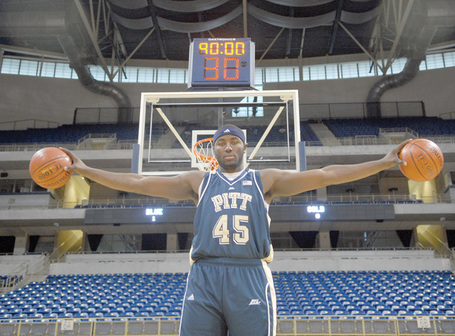 Well, for starters, DeJuan Blair was projected to be a mid-first round pick. Since he fell right into the Spurs' laps in the second round, they don't have to guarantee him any money, so the knees aren't really a big concern. Also, he's a tough, Malik Rose type(thanks to spurchief for the comparison), but with a little more size and offensive ability, and great hands. He even owned overall #2 Thabeet (who is 7'3") repeatedly in their head-to-head matchup last year. And did I mention the 7'2" wingspan, perfect for offensive rebounding? Or that he was pulling down 12.3 RPG last year for Pitt? What a steal for the Spurs. Even our resident negative nancy Stampler agreed this is a great deal for us. This is a second round draft pick that immediately fills a need for the Spurs. You just can't argue with that. 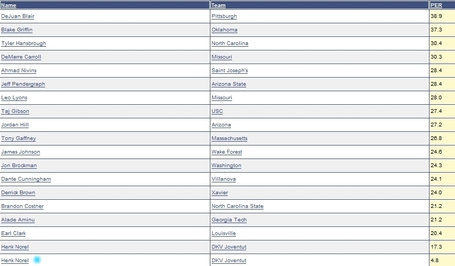 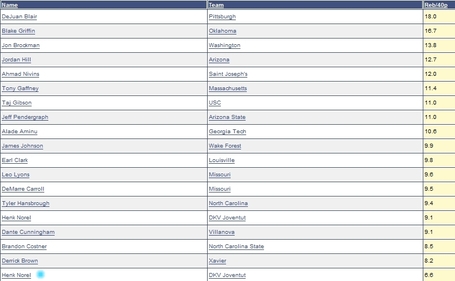 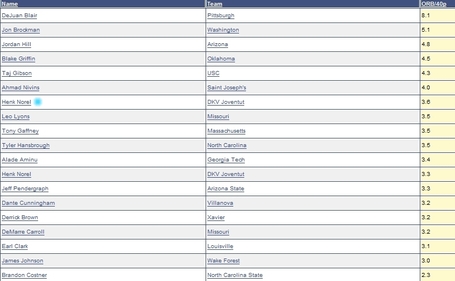 Yea, can't argue with those numbers either. Graydon has a great assessment of the impact of drafting Blair over on 48MoH. 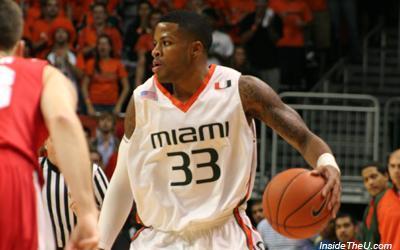 But wait, there's more: The Spurs picked again at #51, and picked up Jack McClinton, a great combo guard prospect from Miami. He's short, but those stats from last season at Miami are pretty impressive. Think of him as George Hill 0.5. Look for him to play in Austin or San Antonio(yea, that's right) next year. 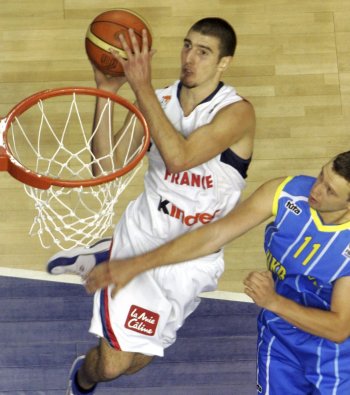 The Spurs had one last pick at #53, and used it on Nando De Colo, another combo guard, this time from France. Apparently, he was the best player at the 2009 Reebok Eurocamp. Draft Express loves his passing and court vision, as does our benevolent overlord ATS. I'm not aware of his current contract situation, but I'd imagine we won't see him on this side of the pond next year. Fair enough, it sounds like he's worth waiting a while.

All in all, this has been the most impressive week the Spurs' front office has had in a LONG time. The more I read about these guys, the more excited I am. This week they had a great draft, got Richard Jefferson for peanuts(which apparently set off an arms race among other "contenders"), and managed to replenish the farm system pretty well - and free agency hasn't even started. Good things lie ahead, and now is not the time for unbiased opinion. Now is the time to praise RC, Pop, and the other front office personnel for one hell of a week.

If anyone has more video, stats, or info on De Colo's contract, please post it in the comments for the rest of us.

Edit: I toned down the title, so it's not quite as hyperbolic. For the record, I still think our FO is the best.

Also, check out this interview with Nate McMillan over on Blazer's Edge. My favorite part:

Blazersedge: DeJuan Blair was a guy that many thought you guys had interest in. You had 3 cracks at him and passed on him 3 times. Were you surprised by how far he fell (to San Antonio at #37) and was there anything that kept you away from him?

McMillan: We were a bit surprised but we just felt like the guys we had targeted were there. Those were the guys that we wanted to go with.

Blazersedge: So you had both Jeff Pendergraph and Dante Cunningham above Blair on your board going into Thursday night?

McMillan: We didn't have Blair on our board. We thought he would be gone.

McMillan: We didn't know where Blair would go but the guys we targeted we got.

So, it sounds like the Blazers didn't pick him because they simply didn't think he was going to drop that far(he wasn't on their "board"). For all of the acclaim being given to Pritchard, that's an incredibly dumb reason not to draft a player. I'd imagine if ATS had his press credentials and interviewed Pop today, he'd call those other guys idiots.