Well, here we are. The end of the season. The last NBA ball we'll see until the preseason. David Stern's fantasy coming true, just without Lebron. The beginning of a lot of trash talk from a few co-workers who are LA transplants. Sasha Vujacic gets to win a title in this game. Maybe.

Now, most of us around here don't particularly like the Lakers. You don't have to like a team to respect them. But let's consider something: The record books are going to say Phil Jackson is a better coach than Red Auerbach. That Kobe Bryant won as many titles through 2009 as Tim Duncan. That Pau Gasol is a championship PF. That Joey Crawford is a good official. OK, maybe not that last one.

But it's all our fault.

Here on PtR, we've been rooting against the Lakers even since our beloved Spurs were eliminated[some of us even wanted LA to lose in the first round]. But, what's happened to those teams we rooted for?

Houston? Yao went down, negating the best chance for an upset of the Lakers.
Denver? They lost their tenacity when we praised them for tying the series.
Orlando? More psychological wreckage left in our wake.

So I got to thinking - what will the PtR regulars do now that it's clear we caused the Lakers to win a title? And more importantly, what will we do now that basketball is over for a few months?

As for me, I feel like there must be some sort of punishment on its way for my part in all this. Maybe another kidney stan stone. 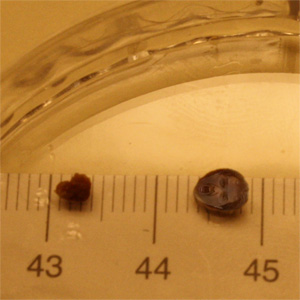 Those damn Van Gundy's are hiding everywhere these days.

But, I wonder about everyone else, so I came up with some ideas of what might happen. I think some people will go out and do some daredevil stunts, trying to please the FSM and the Manu. Especially those who have blasphemed against him. 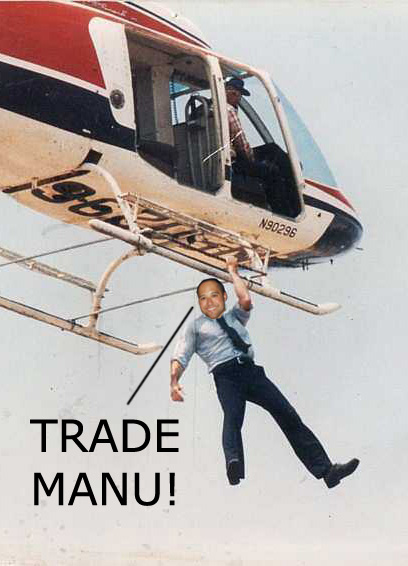 Nobody speaks against Manu. NOBODY.

The boss might be happy about the lower level of traffic, since he won't have to frantically search every thread for signs of cheerleader enjoyment. He might even go to SXSW. 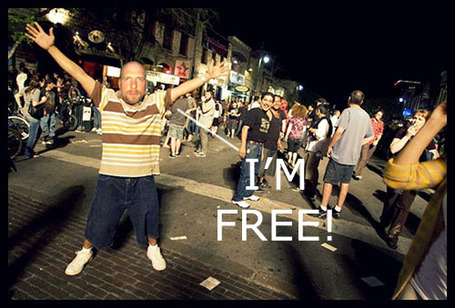 Can anyone actually picture ATS having fun? I mean, when he's not sitting on his Ice Thrown.

Our Argentine members may go back to their important day jobs, like being the First Lady Husband of their country. 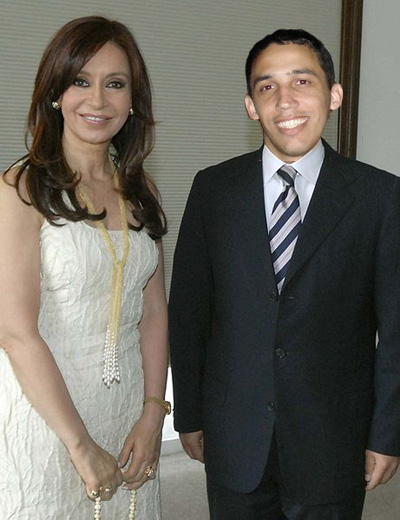 The Obama resemblance is much more obvious after photoshop.

Then again, not all of our Argentine members are actually in Argentina these days. Some of them are even in LA, staking out a location on the parade route to make known their opinion of this championship. 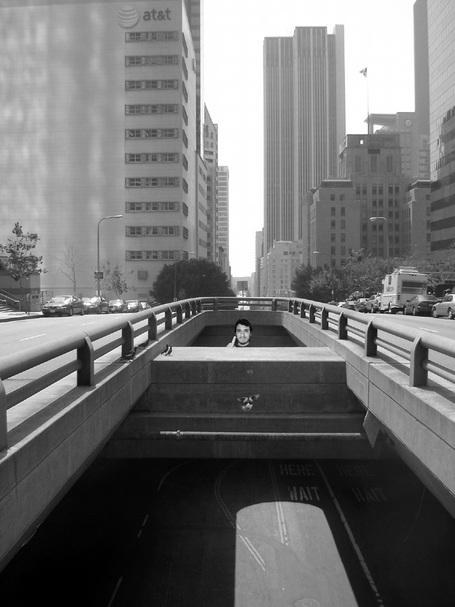 Look, it's the original illusion crusher himself.

Yea, that's right. None of you thought the illusion crushing thread would come back to find you, huh? Maybe it was just waiting for the right oppurtunity to pounce.

Between crappy photoshop jobs, and while reflecting on the season's end, I thought it would be good to include some of the best moments from the Spurs' limited role in the NBA season.

Things that are [ED] awesome.

He's still got it. Please come back for real, Manu.

Findog not being completely useless.

I would have more to add to this, but reviewing the season is getting tiring. Maybe we should think about the future instead. 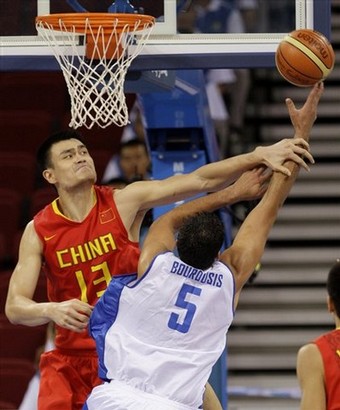 Hey, Yao - where can I get some pizza around here?

OK, so there is the formality of that NBA Finals game. Will Orlando throw in the towel? Or do they have another great performance left in them? Does it really matter? We can all hope that Orlando makes this interesting, but it seems like their best opportunities have slipped away already. You can argue that a friendly bounce here or there in games 2 & 4 would have the Magic up 3-1, but that didn't happen. So, now we're stuck with this travesty.

Won't someone think of the children? 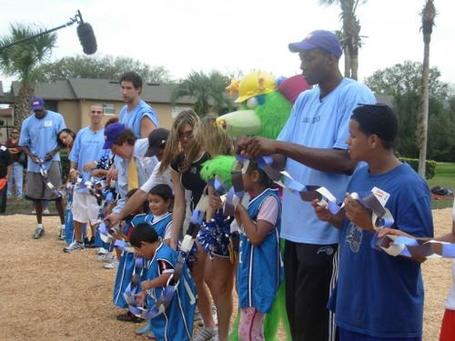 via kaboom.org
Congratulations, Lakers. I actually mean that, despite my anger at the whole thing - but watch your backs next year.