Ever wake up feeling great, even though things are terrible? Feeling like almost everything is right in the world, even though life gives you rancid lemons? If so, you're probably one of the losers people this thread is intended for.

You see, even though our beloved Silver and Black were brutally ousted from the playoffs in 5 games, there is some great basketball being played elsewhere. As our fearless leader Wayne pointed out last night:

Oh man, these have been 4 really close games so far. Decided by a total of 7 points.

Denver's 3-point victory in game 2 of this series was by far the most convincing by any team in the Conference Finals round. All the other games were decided by 1 point. omfg the Nuggetz are like the best team evAr! But in all seriousness, this round has been a treat for all fans of the game so far. Even one of my facebook friends, who may or may not be Manu Ginobili, agreed after the ridiculous final 2 seconds of last night's Cavs-Magic game 2:

Wow! What a game! I was about to say something about Hedo but had to change it for LBJ. Unbelievable. What a shot. Congrats. We are watching great conference finals. I LOVE THIS GAME!!!!

If Manu says it's amazing, it has to be true. Nobody can question Manu, his word is like Sharia law around here.

Also, Orlando fans now know why we don't speak about 0.4. Here's another status update, from one of my old high school friends in Florida:

[name removed] just had his heart ripped out. I cannot believe how that game ended :(

Against that super-competitive backdrop, the Western Conference Finals are more relevant to us, since these teams will be among our competition for seeding again next year. And because, as Spurs fans, hating the Lakers comes naturally. In fact, most of us thought one vote was not nearly enough to express our hatred.

In this game, there is the added intrigue of a few possible future Spurs. Any of them would be good additions to our team, and the first two are free agents this offseason. Let's hope Pop and RC are paying attention, too. 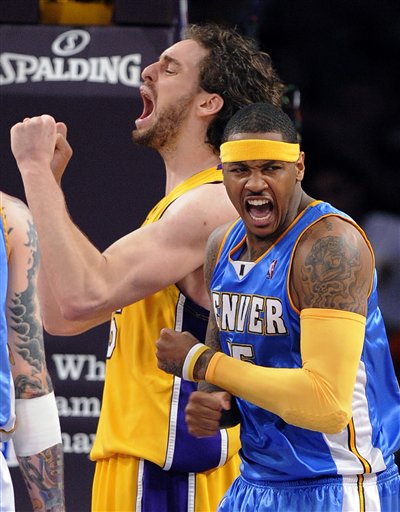 It's a holiday weekend here in the "first world", so order a pizza, grab an alcoholic beverage, and stop acting like you're not bored out of your mind. Pull up to your computer and discuss the game with those of us who will freely admit to our loserdom.

As for me, I may head off to Sedona (the only good thing about living in Arizona, honestly) in the morning hours for some nature photography, but I'll be back in time for the game either way. If any of you have plans to do anything special over the extended weekend, please share with the rest of us so we can feel bad for not having thought of it ourselves.

So, are you loser enough? 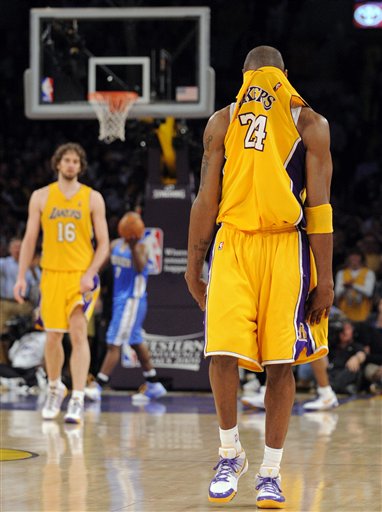 Umm, you weren't invited, and that doesn't count as a disguise. Even us losers have standards.

I mean, we don't just let anyone post here. Do we? I mean, the occasional crazed Argentine rants about Maradona and Fangio are better than having a psychopath as the leader of your team, right? Even having another crazed Argentine going OCD over every fanpost (who will hopefully find any mistakes in this post) is better than that. :-P <--- Eat that, PtR smiley police!

Kick back and relax - this ought to be a fun one. Oh, and go anyone but the Lakers Nuggets!