We have a game today, against the best team in the league. At least, that's what their record and average margin would suggest(cue Hollinger getting all bug-eyed). They're better than the Spurs, but apparently that isn't bad enough for us - they will be highly motivated today, and did I mention they're the best defensive team in the league? And we suck on defense(not that our offense is much better).

These guys have lost two in a row, including getting an absolute drubbing at the hands of Orlando the other night. Think they'll be angry? Also, as noted in the preview below, they've won a gazillion games at home, as compared to only 1 loss to the Lakers.

For the spurs, winning this game would be a miracle of epic proportions, and therefore requires divine intervention. We can't really call on those well-known deities that all the "cool people" are hanging out with, because they're too busy with disease, war, etc. etc. But that's OK - we have the FSM! 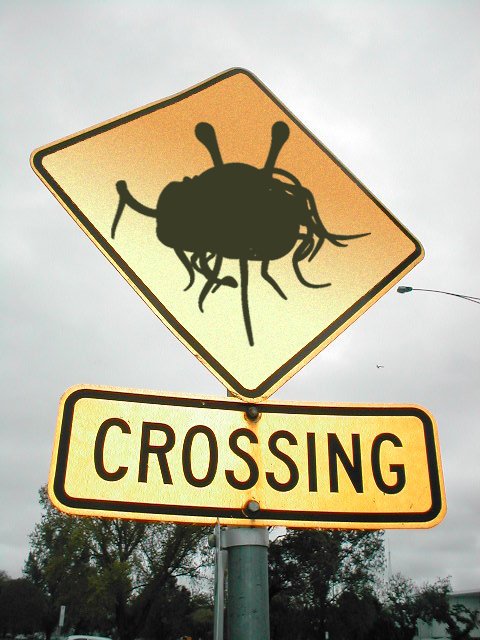 We must be touched by his noodly appendage.

Obviously, there is another PtR deity we could call on. However, his Manu-ness must save his strength for the playoffs, as it will be sorely needed and better used at that time.

If you'll notice, the themes of this thread are negativity and blasphemy - and I've only just begun. You might consider me an "effort guy" today. Preview after the jump.