Now What? (Picking a Bandwagon)

Share All sharing options for: Now What? (Picking a Bandwagon) 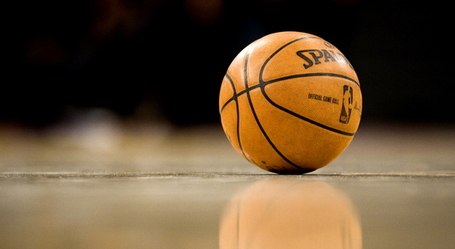 So the Spurs lost. This season is over, done, finished, terminated, bye-bye-baby. For some reason to me it wasn't as crushing as last season's loss to the Lakers. It might be thanks to Hipuks and the others "keeping it real, dood". It might be because deep down I never thought we had a chance of winning, despite my would-be positive outlook on the series. Last season against the Lakers we were so damn close, I could almost taste the 5th championship. I felt Manu's injury was the only thing that got in the way - this year, not so much.

For those of you able to, it's time to move on. I'm a Spurs fan, but I'm also an NBA fan, and I plan to keep watching my second-favorite teams try to fight their way to the Finals. Since I'm sure some of you share the sentiment, I decided to write a short post and add a poll. If you people are interested, we might have daily loser threads to chat about the games of the day. We'll see. Offer your suggestions in the comments section.

I'll break down my picks after the jump, so vote away! 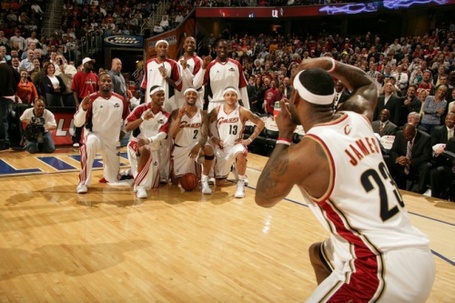 Cleveland - Someone at SpursTalk (timvp?) claimed that the Cavs were the team to root for now that the Spurs are swimming in formol. The general idea was that the FO had roots in the Spurs, the coach was a Spur, and they played Spurs basketball. Yeah, that's all true - but then LeBron plays in this team. I don't really hate LeBron - he really is a basketball monster - but I hate his silly antics, his pregame rituals in particular. Everything seems calculated to sell shoes, and not in the cool Jordan way. No, I can't jump into this bandwagon, sorry. Just imagining the collective orgasm by the press if BronBron wins it all gives me the shivers. 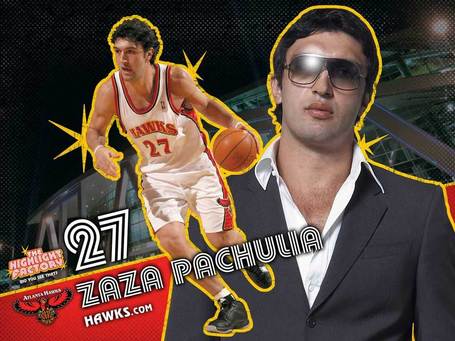 An offer you can't refuse

Atlanta - This choice has some allure to it. They have as many chances of winning the chip as the Spurs, but their hectic, energetic style is pretty much an antipode to what we're used to. Pick this only if you can forget that Joe Johnson was a Sun. 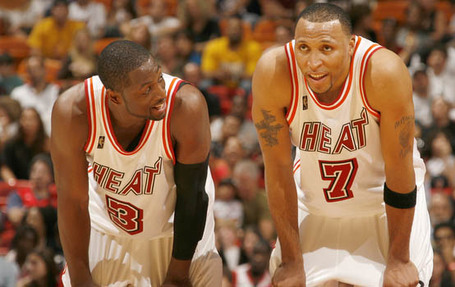 Heard that? He's gonna pick us. Us!

Miami - Eeeh... nope. This is pretty much like picking Cleveland, except that the Heat aren't really good at this basketball thing. Beasley is a selfish chucker, O'Neal plays at 30% of his salary's worth, and at times it seems like Wade's playing one-on-five. And the reaction of the press were Wade to win another ring would also be incredibly annoying. Pass. 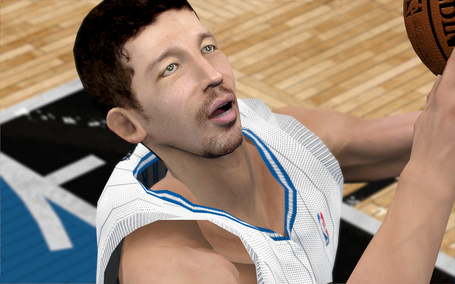 Orlando - Reasons to pick the Magic? Turkoglu. That's it. ...Okay, I'm being unfair. Howard is yet another basketball monster, and being a huge fan of dunking, I honestly appreciate his athleticism. The man had 24 rebounds yesterday, 10 on the offensive end! But then I realize that he can't shoot from farther than 5 feet, and that the Magic's bench is thin, and that they live and die by the 3, like we do. 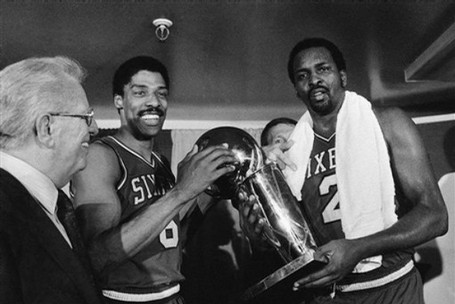 These guys still active? No? Never mind then...

Philadelphia - Erm... I like Iguodala? Truth be told, I've watched the 76ers play twice this season. I also caugh part of the last two games in their series versus Orlando. To me they're the vanilla choice - don't care if they lose, wouldn't mind if they win. 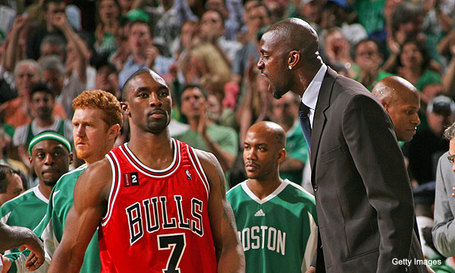 Boston - I admire Pierce's ability to hit that 15-footer as much as the guy next door, and Rajon Rondo is turning into a daily triple double threat. But if any one you (who isn't a Celtics fan) pick them disregarding the new heights of douchiness KG is reaching every night - well, then I just don't know you. I truly hope they lose in 7 to...

See the robot reading a book? Boo-yah! I just blew your mind

Chicago - The Bulls have been one of my "secondary teams" for a while now, along with Houston and Toronto. My utopic Finals would have both the Bulls and the Rockets, but that's a pipe dream. At least the Bulls are entertaining to watch again, and if Rose managed to cut down on his TOs they have a legitimate chance to upset the Celtics. This is already a classic series, and every game is a rollercoaster. 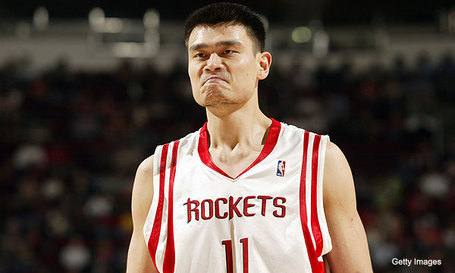 Houston - My vote, and the team I plan to follow closely as the postseason continues. Why? They got rid of T-Mac; they have Yao Ming, the best center in the NBA and owner of a jumper so smooth Mason can only dream of emulating it; my main man Scola plays for them (and not the Spurs - ouch) and he's playing like I always knew he could - like he did for my national team for so many years. Artest is crazy, but good crazy; Wafer and Brooks are exciting players; Battier really is a likeable, intelligent player; Landry got freaking shot and he's still producing in the playoffs. Most of all, they play basketball the right way: the ball movement, the extra pass, the hard defense. Did I mention they're from Texas, too? Watch them, learn to like them. 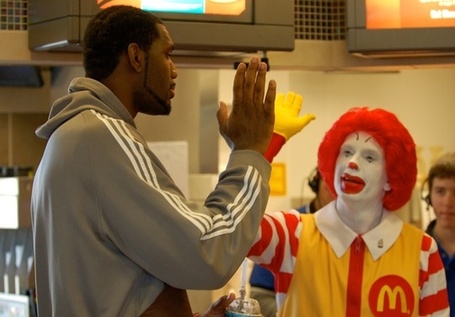 Fast food and premature aging (i love this kid)

Portland - I like the Spanish DNA on this team. Rudy is a wildcard off the bench, and should get more minutes next season. I've seen Roy take over with that odd style of his, and I keep hoping for Oden to change shifts and live up to his potential. They're a good team with an immense future, and if they didn't play against the Rockets I might've voted for them. 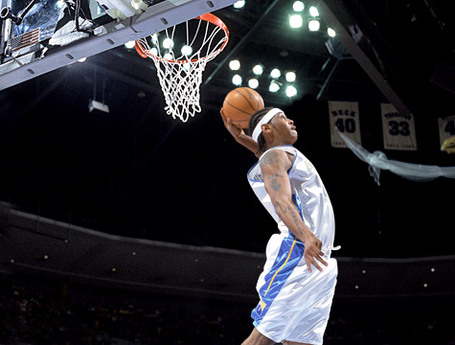 Billups with the alley...

Denver - Billups is a quality player, and I'll thank him forever for humbling Paul during that 58-points catastrophe. But the rest of the team deserves nothing but our utmost contempt - especially the coach. It's unfortunate that the two teams more likely to win the West are the two we have a history as bitter rivals with. In any case, the Nuggets are preferable to... 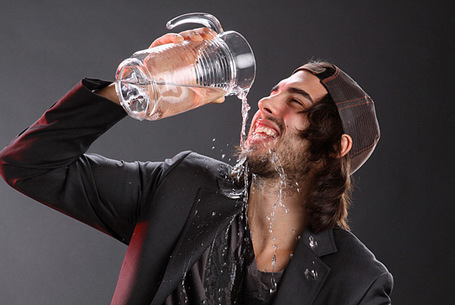 Los Angeles - Talk about frontrunners. The one Laker I like? Ariza. Boy, would I like to have him on the Spurs. That's it. But watching Kobe is always entertaining - especially watching him lose. The Lakers looked mortal against the Jazz, by the way. Playing down to the competition's level? 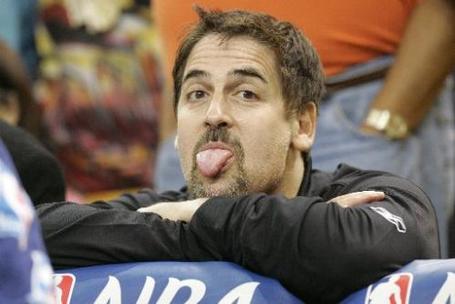 Mavericks - Yeah, didn't think so. They just defeated us 4-1, they have Terry and Howard in their roster, and their owner is Cuban. I hope they lose convincingly on the next round and then Stampler pisses on Dirk. Or however that went.

So those are mine. Elaborate on your own choices at will. Now I'll go watch the final quarter of NO-Denver. That's like having Megatron fighting against Mumra. How could I pick a favorite?