Game 1 Quick Cap: We Have Them Right Where We Wanted Them

Share All sharing options for: Game 1 Quick Cap: We Have Them Right Where We Wanted Them 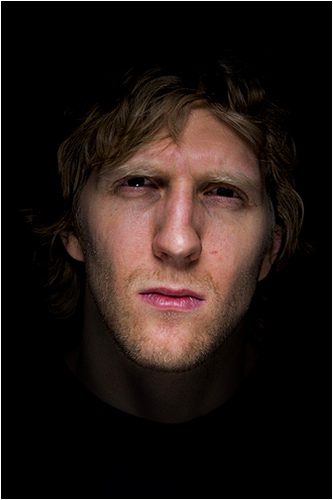 It's great that I get to write this Quick Cap. There's nothing quite like sitting in front of a keyboard right after a hard loss to a bitter rival in the first game of the postseason. Still, I feel it's my duty as the resident optimistic rube to try and find a positive outlook about this debacle. Thankfully, Spurredon posted this on the game thread:

There you go, guys - for those of you unable to understand why we lost tonight, it's basically all part of a big plan to secretly mirror previous successful season. Look for Mason to start using his left hand to dribble and start driving to the basket in game 2.

So, what went right for the Spurs last night? Basically, Finley and Mason played at the level we wanted from them. They were absolutely outstanding from beyond the arc, and shot 9-10 from deep while the game was still a game. Finley in particular was incredibly effective, and even had some nice defense in the first half.

Duncan looked better than he has for many games, and played what would be considered a pretty good game by most standards: 27 points and 9 rebounds in 13-24 shooting are nothing to sneeze at. Timmy played good enough for us to win.

Parker looked great in spurts last night. He had a couple of miscues at the start and then simply dominated Wright. The Mavericks had no answer for them for a quarter. Unfortunately, Wright picked up three fouls and Barea was subbed in.

Gooden looked active when he was in. His shooting wasn't as accurate as it's been lately, but he hustled and defended Dirk as well as any Spur in recent history for a couple of plays in the second half. He looked especially good when compared to the other complimentary Spurs bigs.

What went wrong? Just about everything else. Most glaring of all was Bonner's plays. You could practically see the Mavs score climb by the second every time the ball went to Dirk and Matt was on him. It was pathetic. If Bonner doesn't shoot triples, he's useless in this series. I expect him to be hidden in the unfathomable depths of JV's edge of the bench if we are to have any chances in this series.

Parker's second half had everything to do with our loss. His inexplicable obsession with driving against Barea proved to be our undoing, and the offense got stagnant when he insisted on playing one-on-one ball and exploiting the supposed speed/skill difference against the Mavs upstart. Memo to Tony: Barea is quick. He can keep up with you.

There was one play in which Parker performed a vicious crossover and destroyed Barea's ankles. I wish that hadn't happened. Maybe it gave Parker the confidence to constantly challenge Barea, but the kid sure came back with a vengeance. Parker's ability to penetrate should've resulted in more perimeter shots, but I doubt the majority of his 8 assists came in that second half.

Tony's The Man right now, and while he wasn't chopped liver, we really need him to play at a higher level.

Last but not least, Dampier abused us on many ocassions, and Bonner has a pathetic flop against him that resulted on a fierce dunk over his prone body. Shameful.

What now? Stay calm, make changes, sub Bonner, focus and come back on Monday. It's our first true must-win game of the season, and I can't wait to see how our guys react.

What did you guys think?

(Go to Spurs.com's page for highlights and the postgame conference.)