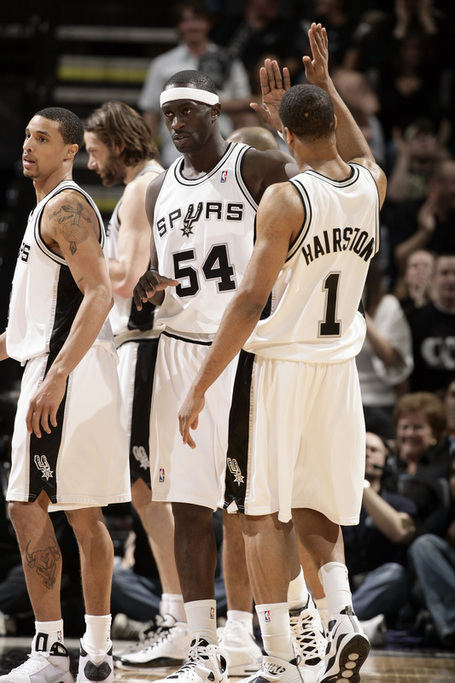 Yes, yes. I know, we lost badly to the Cavaliers, the same team we obliterated not two years ago in the NBA Finals. That's what happens with time: players grow up, reach new levels and gel as a team.

What does that say about the Spurs' future, though? Everyone that watched that game will agree with me in that it was the most entertaining blowout ever. Our third unit had three promising young guys, Pops, Hairston and Hill, and they all played with energy, skill and lots of heart. What's their limit? Where will they be in a season or two? Will they reach new levels of their own, and form the core for another championship team? As Spurs fans, we're living in exciting times, witnessing an old, veteran team slowly morph into a boiling pot of raw talent and promises, all the while remaining one of the top 4 teams in the league.

Time for perspective and daydreaming. The completely biased preview is like always after the jump, but I'll spoil the surprise ending once more: we're blessed!

This is a great day for pregame music. My recommendations would be ATS's Radio Paradise, or maybe...