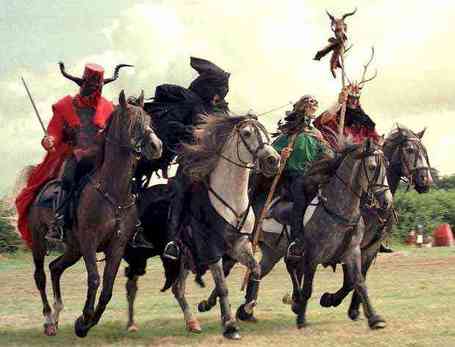 Believe it or not, the Spurs actually won on this rodeo trip. Considering the local myth is that the rodeo trip is where every year our teams shapes up and gets those championship juices flowing, I can't help but wonder why we're not panicking right now.

I imagine it's a combination of two things: Manu's injury helps put things in perspective, conventional wisdom telling us it's more important to reach the playoffs healthy than to win games now - and it probably also helps that the other teams are once more rapidly decomposing. Amaré out, KG probably hurt, T-Mac out for the season, New Orleans trying desperately to trade Chandler only for him to be returned because of a toe...

Probably not good for the league, but why should we care? People love to say the Spurs on their own aren't good the league.

Tonight we face the mighty Wizards, currently the second worst team in the NBA (I'm sure they thank the Kings every night for their sacrifice) and with more injured players than we would have if we had five Manus. I'm too tired to write a proper preview, so we'll be experimenting a bit...

Preview after the jump:

If you want to listen to music while you wait, check this out. Much better than ATS's weakass Radio Paradise.