Taking the Mojo to San Antonio

Share All sharing options for: Taking the Mojo to San Antonio 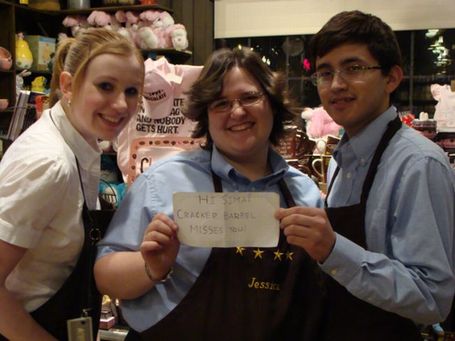 That's pretty much all you need to know about our night! 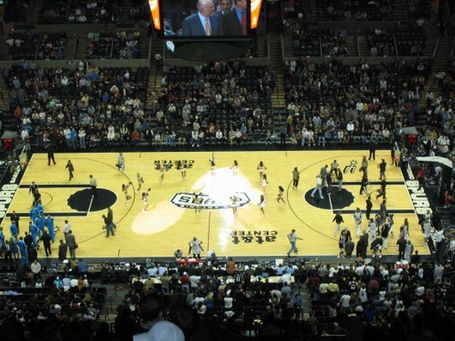 Yeah, we had great seats. Last row at the top of the building. Seriously, these were great seats. You guys can spring for these any time. 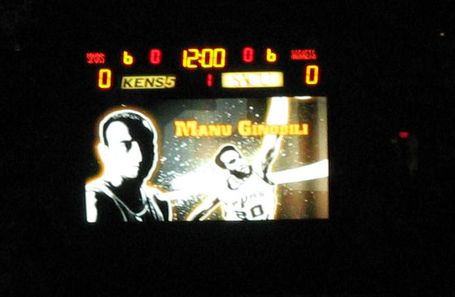 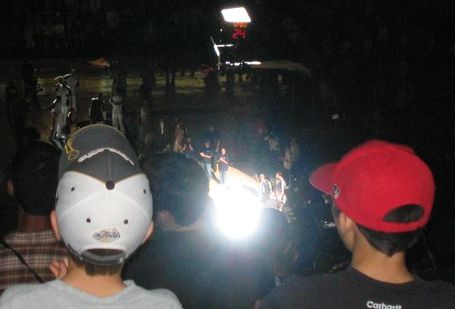 Matt Bonner being introduced.
I swear, he almost ignited. Too bad he didn't start. 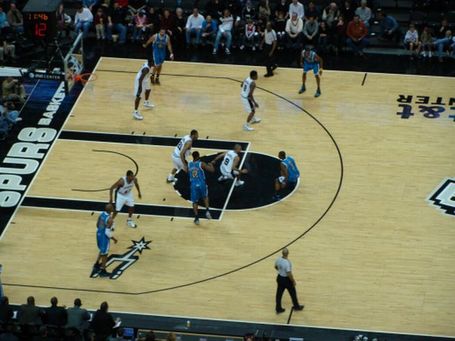 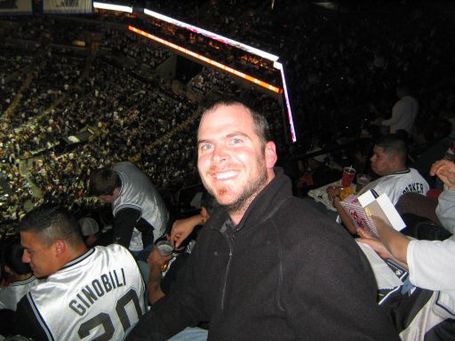 This is the guy that Powell and I high-fived right after this... 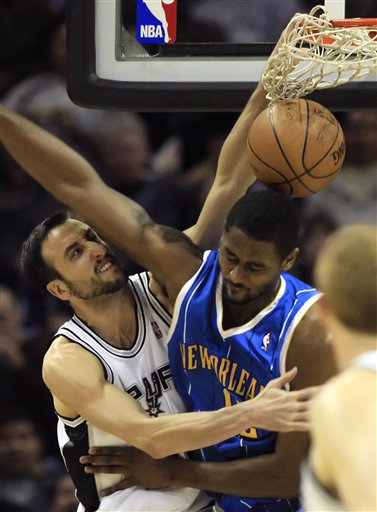 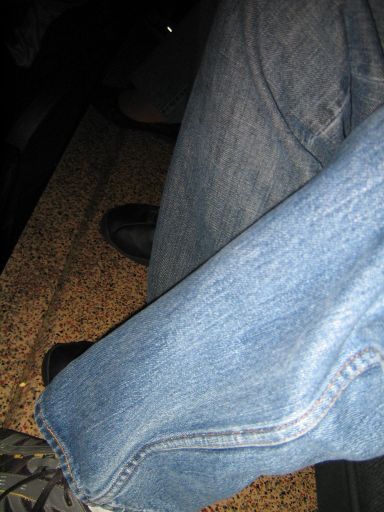 Powell and me at the game 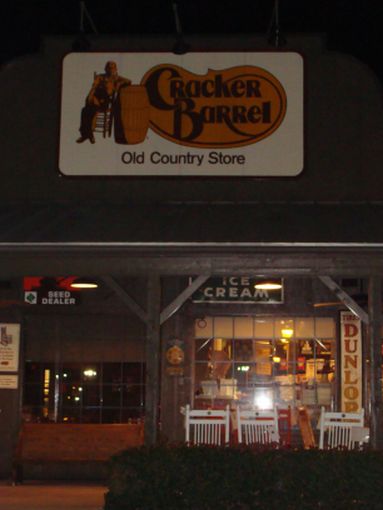 There is only one way to celebrate a win. 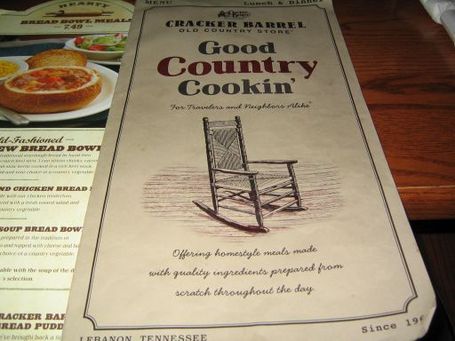 Yes, we really ate at the Cracker Barrel 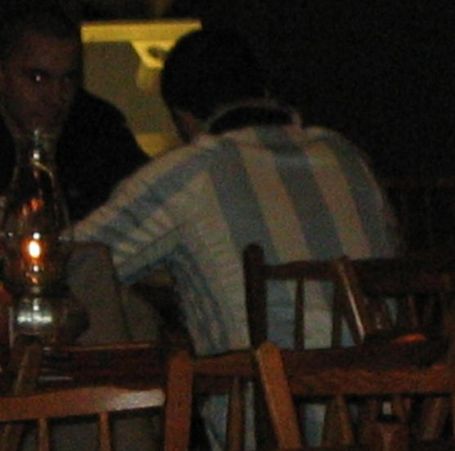 And so did Manu