There was no way Wayne could work in all the photos I sent him last night, so here are some others.  For some reason, some seem to have less "graininess" to them, but I didn't change any camera settings. Enjoy!

Coach Pop did not seem to like this crew of refs much more than a Crawford or Bavetta crew.  He held regular discussions with each of them.  This ref seems to be amused, but not convinced. 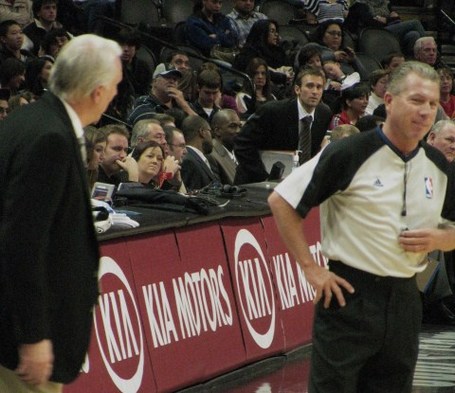 Another ref reacts with a "stone-face," as if "I can't hear you!"  In the shot Wayne used in the recap, Pop was actually following the ref down the sideline to make his point, and the game was in it's first minutes, so the drama continued most of the night. As a teacher, I recognize the "I'm in charge here" hands on hips pose. 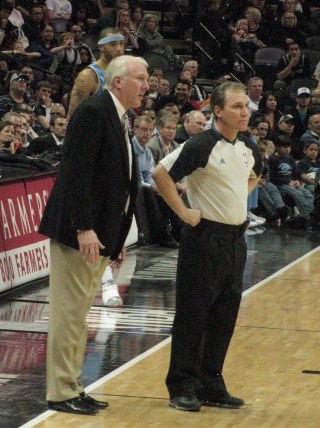 Tony also made his case to Mr. Stone Face.  There's something so "French" in the way Tony begs. 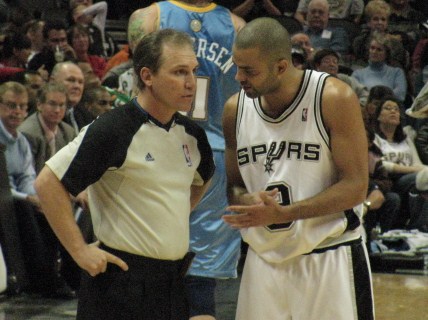 For all the Blair fans out there, he got a clinic from the Birdman on blocking shots last night. 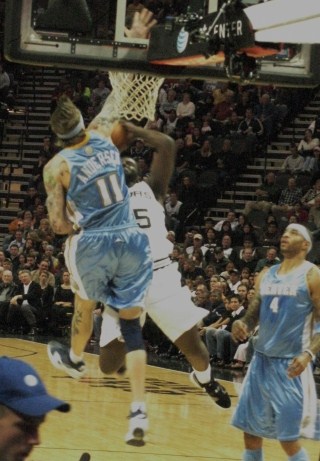 My encounter with Manu last night was not quite this "up close and personal" - dang it! 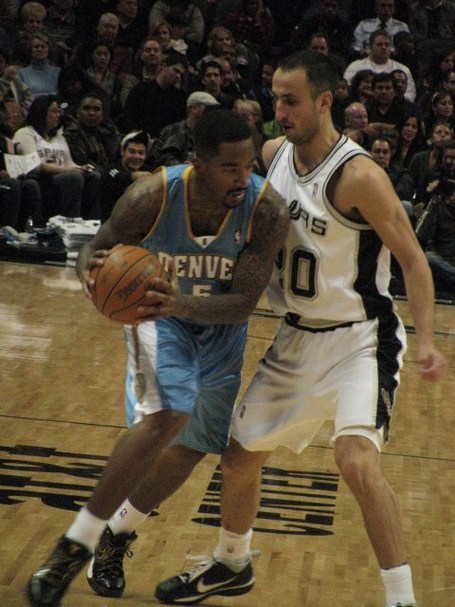 Bonner defending against Billups - for you, Fred. Check out Billups' sneakers - they don't quite make my list of ugliest sneakers, but they're close. 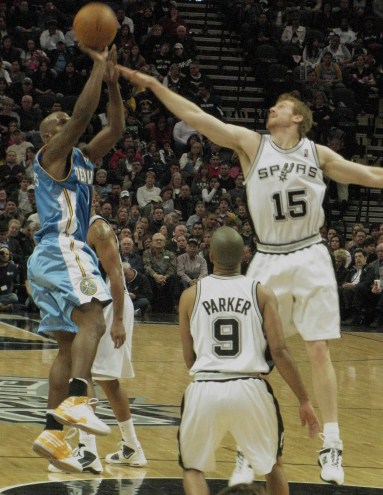 Bonner seems to be indicating the size of some super-sub sandwich in this one. 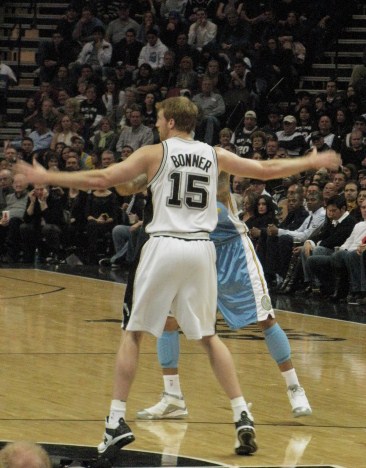 Tim is trying to get RJ involved on offense... 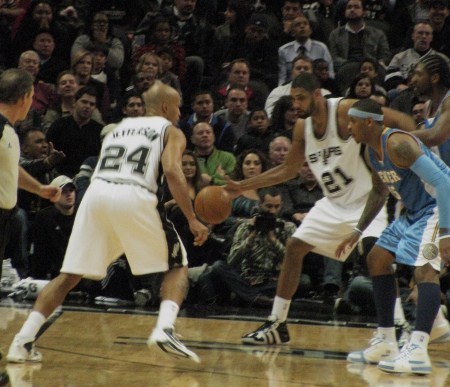 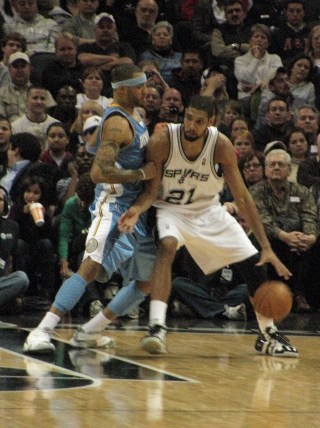 Andersen got there a little late on this Hill shot. Check the "ink" on Birdman. 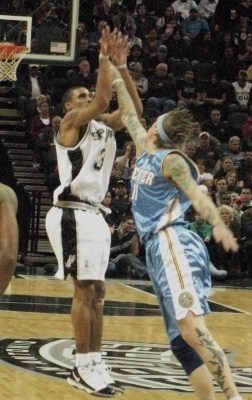 Duncan shoots it high over Nene 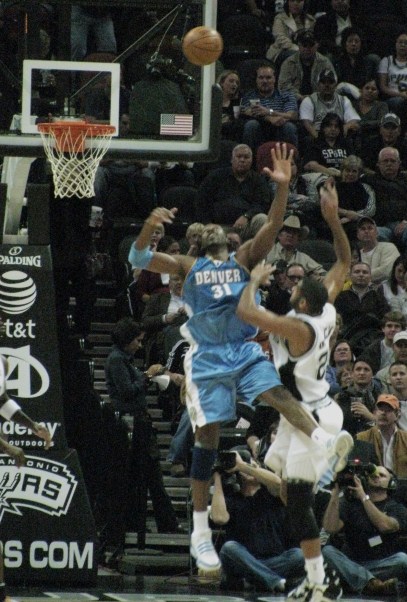 I don't remember if this one went in or not, but he looks so good shooting it! 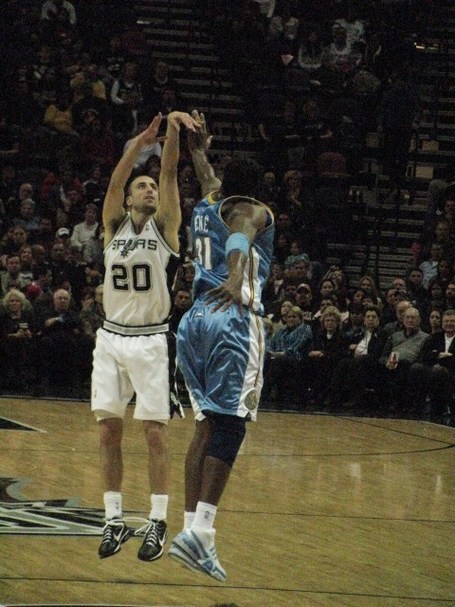 And I'm putting this one here just because he was such a nice guy tonight. 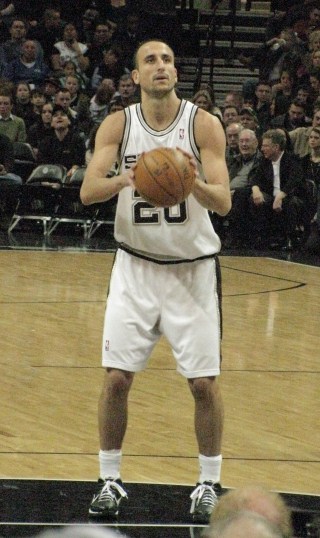 Sad faces in the early part of the 4th quarter as they watch the lead evaporate and wait to come in to try to close the game. I've seen these looks in games before, each one of the Big Three thinking it over in his head, but the expressions are always too similar.  I hate it when this happens! 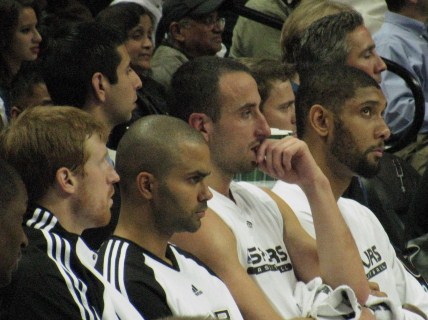