Boom goes the Ugly...Turnovers doom Spurs in 106-99 loss to Nuggets

Share All sharing options for: Boom goes the Ugly...Turnovers doom Spurs in 106-99 loss to Nuggets

Pop gave me a pregame to do list for his team against the Nuggets when asked what a Spurs fan should keep an eye on to see if the Spurs are doing what they need to do to win.

They are the highest scoring team in the league and they shoot more free throws than anybody in the league. It's a defensive transition game number one. If were not getting back in transition, they are going to be running the ball down our throat for layups and having a parade to the free throw line. That's number one. For us against them, number two, is boards. They are monsters on the offensive boards so we have to keep them off those. If we are doing good on the defensive transition and hitting the boards pretty well, then it is anybody's game.

I guess Pop wasn't counting on having to go fundamental. Dribbling and passing should have been on the list.

Lots of pictures from JanieAnnie. She was on fire tonight.

The team just didn't take care of the basketball last night. 20 turnovers is just ridiculous. That would be OK if it was the preseason AND it was guys you were about to cut from the team. Oh yeah, we also had 16 assists. That's a lousy ratio and points out two things: 1) Fan in the first couple rows had as good a chance of catching a pass as anybody on the Spurs. 2) We missed a LOT of open shots.

We were doomed by two stretches of basketball. The other in the second quarter where Matt Bonner couldn't hit wide open 3's. In an eight possession stretch, he got 4 stand-around-and-wait-to-shoot-wide-open chances. He made only one (he had another one late in the quarter) and the Spurs went scoreless on each possession and had two turnovers in that stretch as well. The Spurs entered that stretch with a 9-point lead and it would have given them a lot of momentum and a good cushion.

The other was the end of the third quarter. In this stretch, we turned the ball over 6 times in the last 9 possessions. We scored 5 points over the last 6:00 of the quarter.

As for Pop's pregame points of emphasis. We nailed those. Until the 4th quarter, at least. We only gave up 11 fast break points for the game. Which is really amazing when you consider that we had so many turnovers. What's even more amazing is that we had only given up 3 fast break points heading into the 4th quarter by which point we had committed 16 turnovers. As for the keeping them off the offensive glass, we'd given them 5 offensive rebounds through the first three quarters. Then they got 6 in the last quarter.

It's like our team starting breaking down at the end of the third quarter and couldn't stop the bleeding. Once the turnovers started, the other points of focus broke down as well.

Now for a photo essay from SA, ese 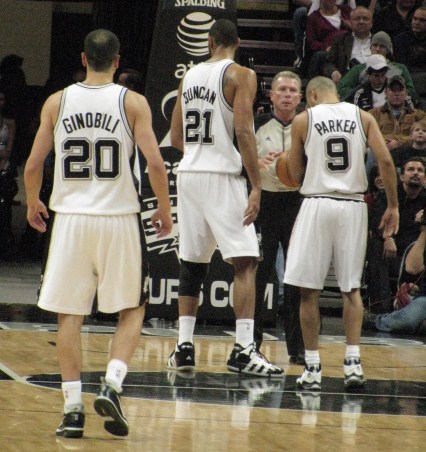 "Hey ref, all these people in the stands are wearing white and they look like teammates. Can we make them change?" 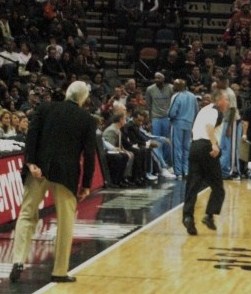 "Now where did that one land? You guys OK up there? Did you spill your beer?" 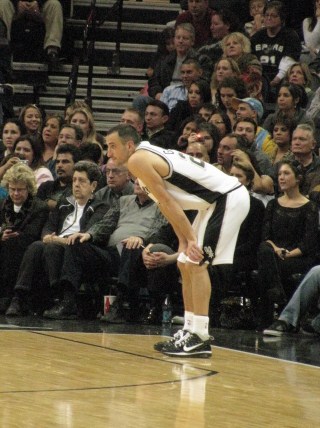 No wonder Tony threw it over his head. Manu was hiding and ducking. 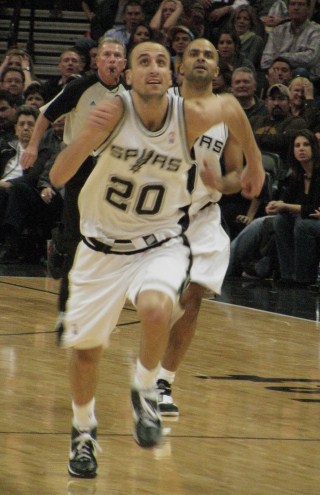 "I'm catching this one Tony. I don't care HOW crappy you throw the pass. Shit, man. Bats are easier to catch than some of your passes." 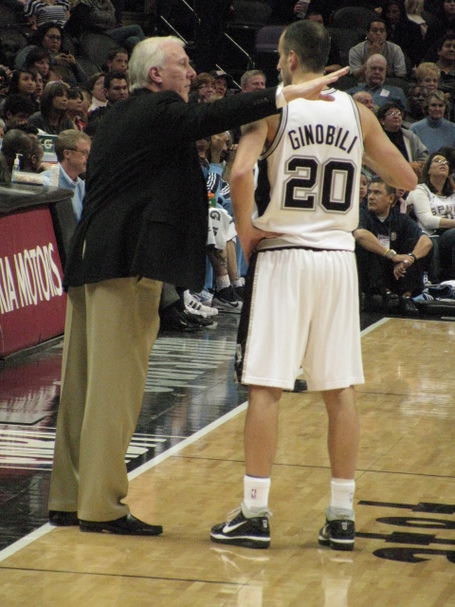 "Look. You know and I know he's going to throw it up there. You're just going to have to figure out a way to make the play. That's what makes great players great players. Now quit giving me excuses and go make plays." 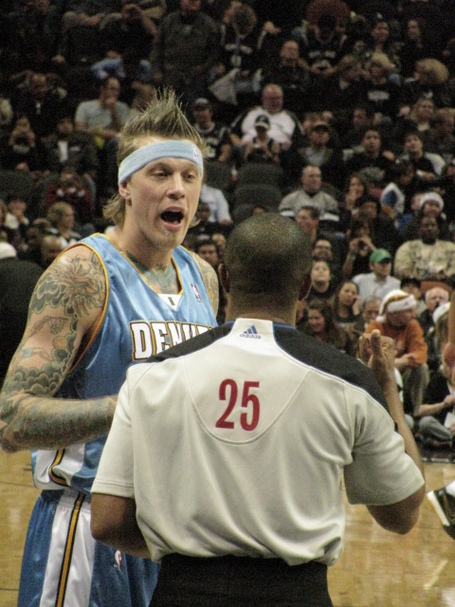 "I know ref. These guys are batshit crazy. I mean, I know crazy right? And I'm telling you, these guys are crazy."