Share All sharing options for: PtR Quick Cap: Spurs Lose 2nd Straight at Home to Melo and the Nuggets, 99-106 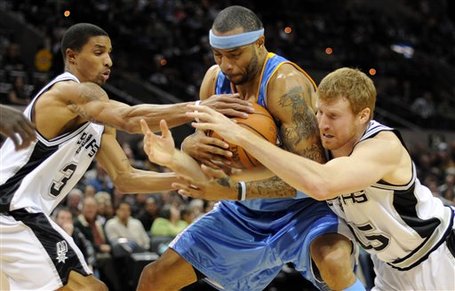 Hot Lips and the Nuggs just wanted this game a wee bit more than we did.

Well guys, another tough loss against a contender in the bag. One can only shudder at the thought that the Spurs still has to play Boston and Denver on the road. It's difficult to recap a game under such conditions, but I will try my best to be level-headed and all that rational thinking crap. Let's do this.

I'll try to make things brief so that the pain won't be too much. I think I'll load the bullets on this one. 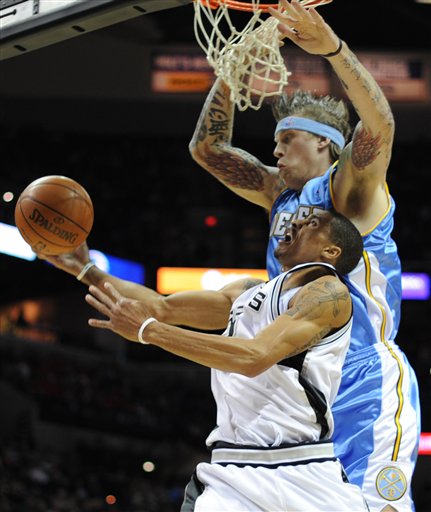 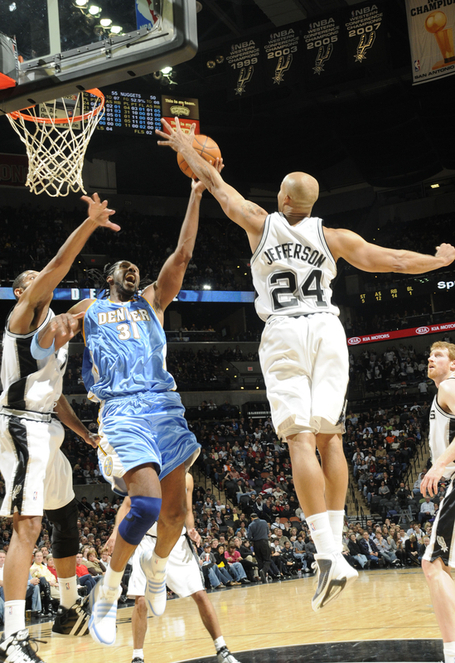 One of the few things RJ did well. There weren't really that many.
Second Half: Where Suck Happens

There are many others but that's been the story so far the past two games. It's uncharacteristic of the Spurs, and I'm pretty sure Pop and his staff will do something about it. 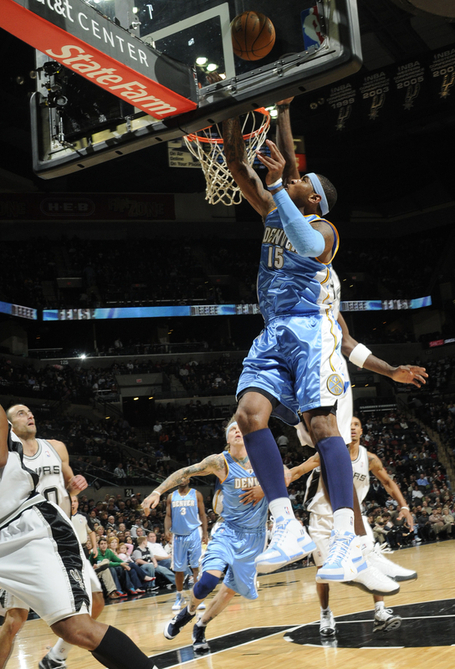 Spurs-killer. For tonight, at least.
Some More Random Thoughts That Hopefully Will Get You Thinking

That's it for now. Wayne will have a full-blown recap, complete with Janie's photos. The tough stretch continues with a trip to Utah and visit our nightmare, the Jazz. We're 0-2 against them so far. A road win should set us on the right track again. As far as I know, I'm not hitting the panic button just yet.