Is That The Best We Have?

Share All sharing options for: Is That The Best We Have?

Updated with some really great photos from JanieAnnie

Decimated by injuries, the Portland Trail Blazers came into San Antonio and beat the Spurs 98-94. I made the comment, while sitting with Graydon Gordian of 48MoH, several times that "we seem to be playing fairly well, but we are down 6".

This was a team playing two rookie second round picks and the ghost of Juwan Howard against Tim Duncan. A team without half its roster. The good half at that. We shot 51.4% from the field. Held them to 45.5% from the field. And lost.

I can only ask myself, "Is that the best we have?" 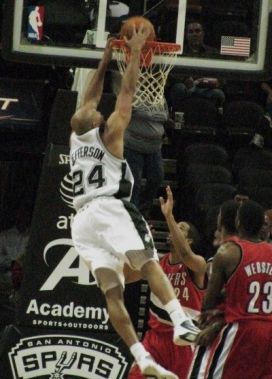 This Is RJ's Best

Did we take them too lightly? Maybe. I guess. I don' t know. We got out rebounded and they went to the free throw line 9 more times than we did (14 more times than we did in the second half). Those are usually statistics that represent hustle and effort. So I think you could probably conclude that they out worked us. If I'm in the Spurs organization (player or coach) and I'm coming to that conclusion, then I'd be very upset. 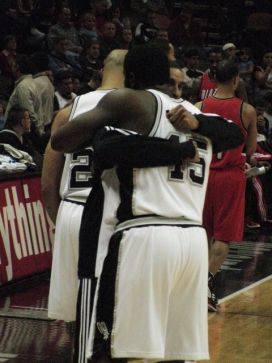 Hugs are good though.

Our defense killed us. By my count, we got 12 stops in the second half (I might be off by one). In my book, a stop means they don't score on that possession. So a turnover or defensive rebound is a stop. A missed shot isn't a stop if you don't get the rebound. The Blazers scored 50 points on 40 (or 41) second half possessions. That is just brutally inefficient defense. That was a defense that had to stop Jerryd Bayless and LaMarcus Aldridge. Yes, Jerryd Bayless and LaMarcus Aldridge. Not to put them down, they played well. But neither is an all-star. Neither is close to being an all-star, though we tried to make them look like all-stars. Hell, we made them look all-world (whatever the hell that means). 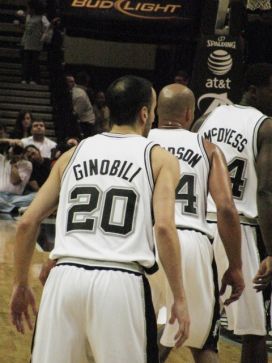 The team might not working on their defense, but their line dancing is totally kick ass.

Graydon gives you some X's and O's theory and discussion at 48MoH. Fun guy to hang out with and talk basketball. It makes the game a lot more fun to have such good analytical discussions afterward. I think I talked more Spurs strategy on the drive home after the game last night than I have all season. 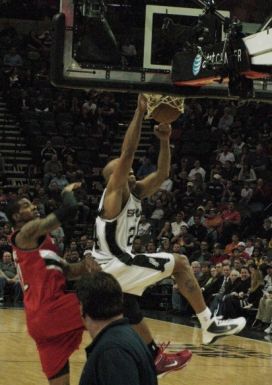 Graydon and I concluded we needed more of this. 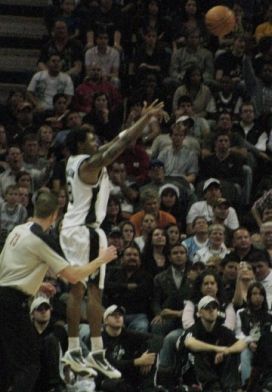 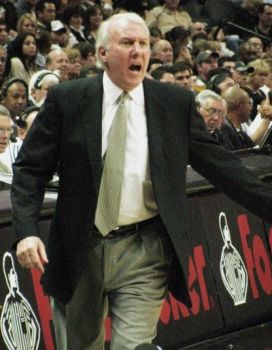 This is about how happy I was after the game.