I have been noticing that Tony Parker, while he hasn't be awful, he's not the same as last year. Last year TP was carrying this team on the offense. Why is Tony less effective this year? Is it possible that he's trying to recover from the long summer of international ball? That might be part of it, but I think there's more that troubles Frenchie McWonderbutt. 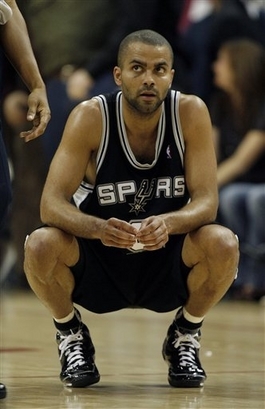 I have a theory. I think Tony isn't as motivated as he was last year. Last year, with Manu Ginobili out for large chunks of time, Tony took it on himself to score and pick up the slack. During the off-season the Spurs go pick up a scorer at small forward and a big man that can help score and then Manu comes back. From Tony's perspective he doesn't have to score as much because this team is better.

Of course it could be something similar to what I think is happening to Richard Jefferson, which is he's unsure of his role on this team. Parker may be worried about taking other guys shots away. I tend to think it's a little bit of all three things. Tony hasn't seemed as motivated to score, he seems unsure of himself on the floor at points during games and he also looks a little tired.

This team needs Tony Parker to be a big time scorer. As much as the Spurs need RJ to not suck, Parker is much more important. They need Tony to be strong and active in order to help this team score and put pressure on teams transition defense. I'd love to see Tim Duncan continue his form and I'd like to see Manu get back to playing his game consistantly, but I think this team needs a 100% healthy and confident Parker in order to move up towards the top of the Western Conference. 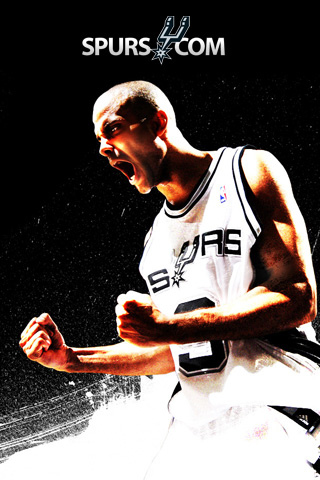 This is the Tony Parker we need

Let's hope that whatever it is, Tony Parker gets back to his form from last year and helps this team climb the ladder towards the ultimate goal. Come on Frenchie McWonderbutt!