Share All sharing options for: A Pictorial Recap of the Spurs 118-104 Victory over the Warriors

I bring to you what SilverAndBlack_Davis could not. Of course, I have JanieAnnie and he does not. 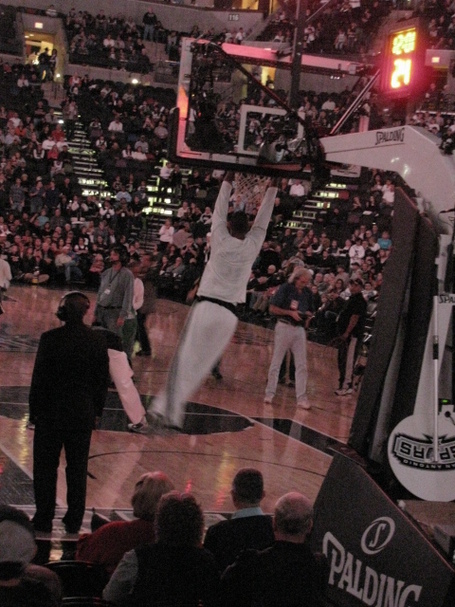 Tim has some rituals. Or superstitions. Or quirks. Call it what you will. One of them is hanging on the rim after the lights go out and before he is introduced. 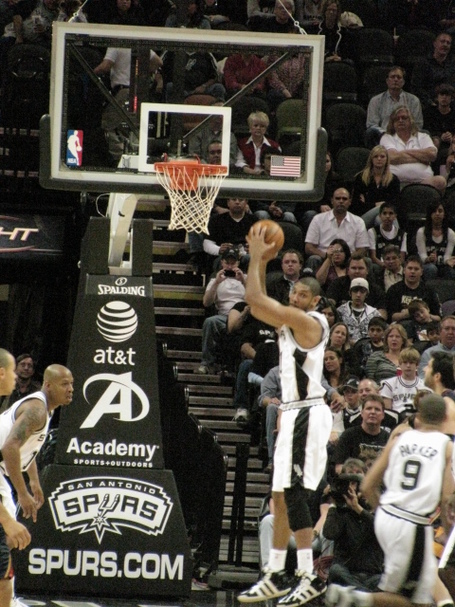 Visual proof that Tim's knee feels good. He's off the floor for a rebound. It's the first time, in what, 3 years. Of course, just like all visual proof of Nessie, it is a bit suspect. You can't actually see the bottom of the left foot. 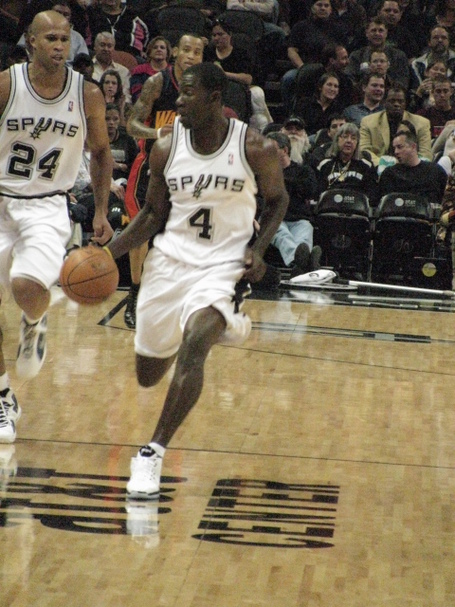 "Check it out, Rage. I've been working on my game. I can dribble AND run now. Hey! Whoa! Are you chasing me? Rage, we are on the same team now. And quit ogling me." 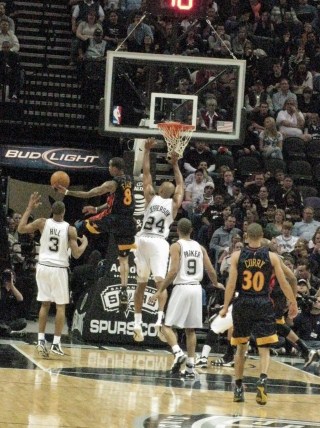 "I guarantee this shit goes in. Check it out. I'm going to throw this one up left-handed without looking. MONEY, baby. Straight money." 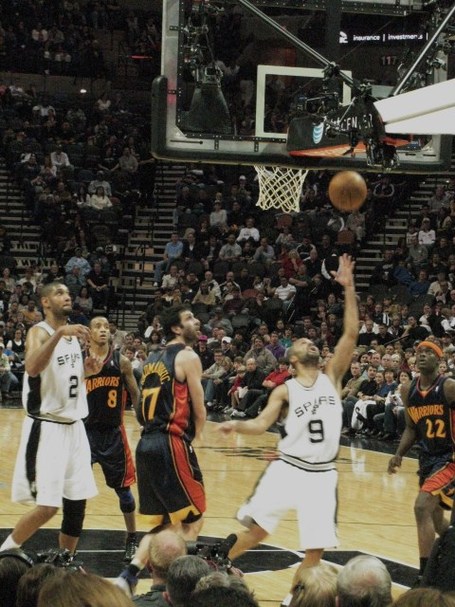 "How weary, stale, flat, and unprofitable
Seem to me all the uses of this world." 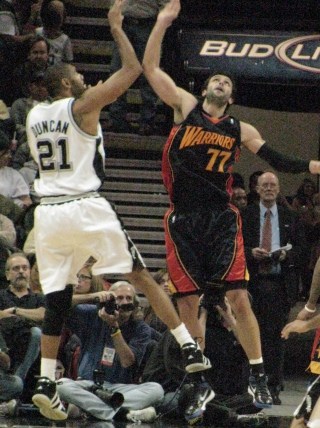 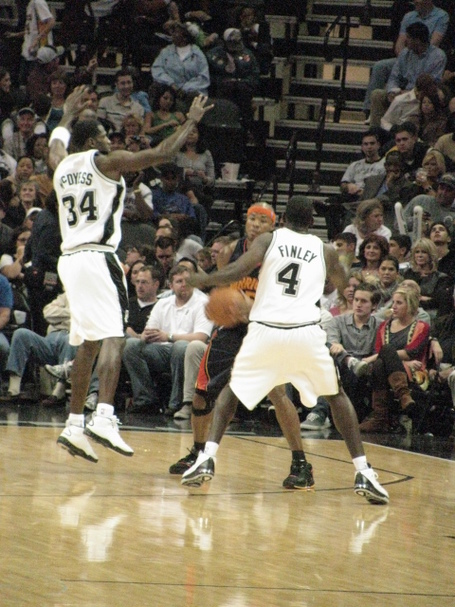 The oldest double team ever perpetuated in the NBA. I hope for Corey's sake they didn't steal it from him. 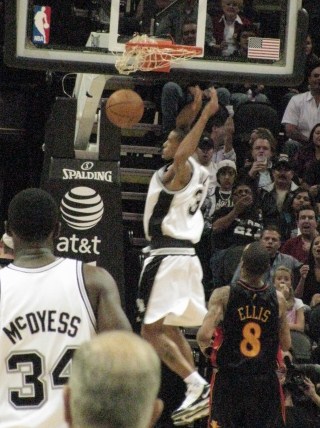 A dream. George flexing for Lauri. 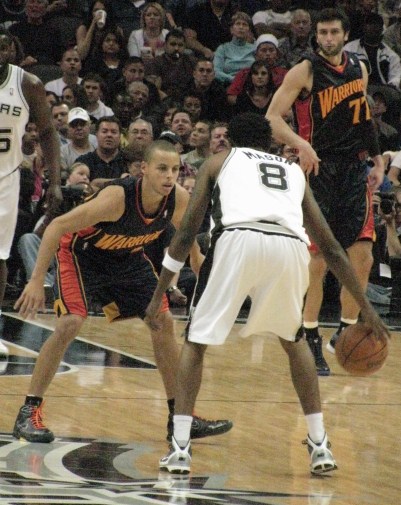 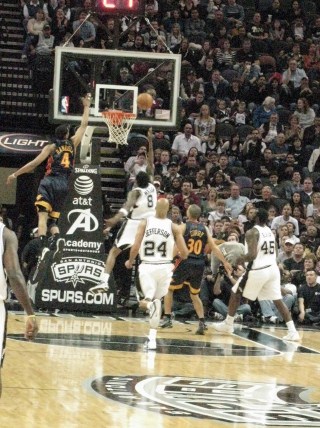 I have a hard time believing Mason juked anybody this bad. What the hell is Randolph jumping for? 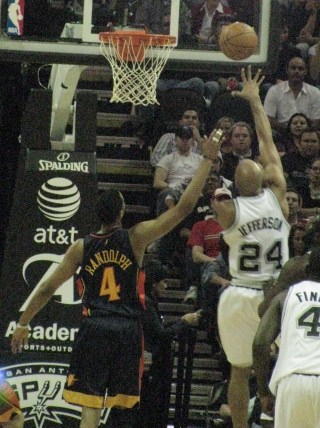 I guess he learned his lesson and decided to be a semaphore instead. Is that an 'E' or a 'C'? 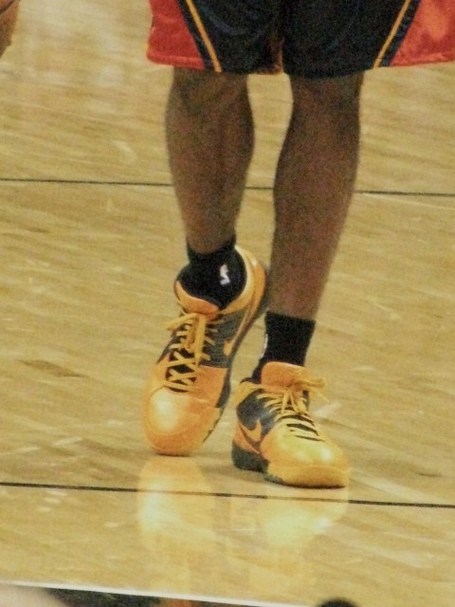 CJ Watson's shoes get an "EW". FYI, he played on the Spurs Summer League team two years ago. The one with Hill right after he was drafted. 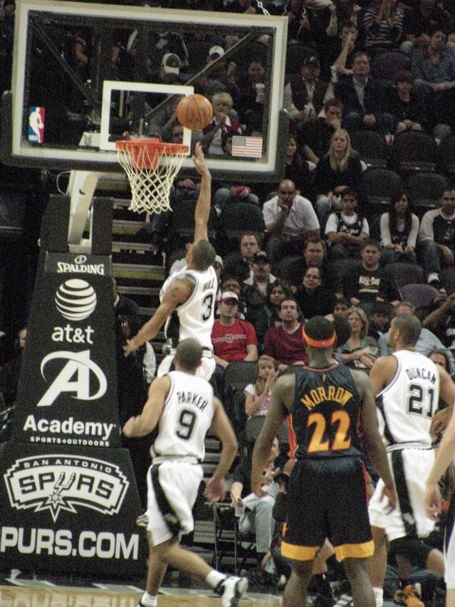 Yes, another layup. And this time, Randolph didn't bother being in the play. 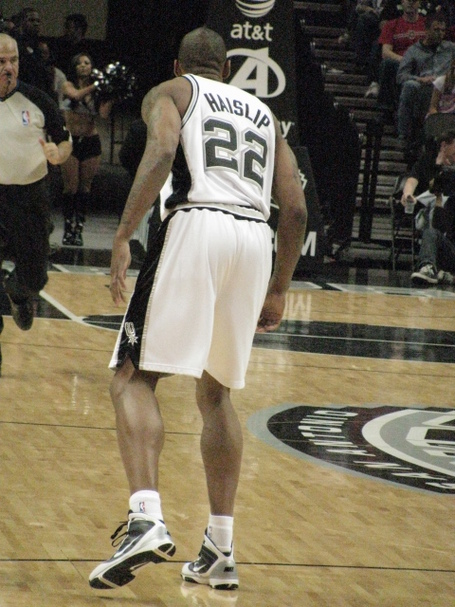 Great Googly Moogly. Marcus Haislip played. He scored 2 points in his 3:41 and a -8. NIIIIIICE.