Share All sharing options for: PtR Quick Cap: Spurs gun down running Warriors, 118-104 to move above .500 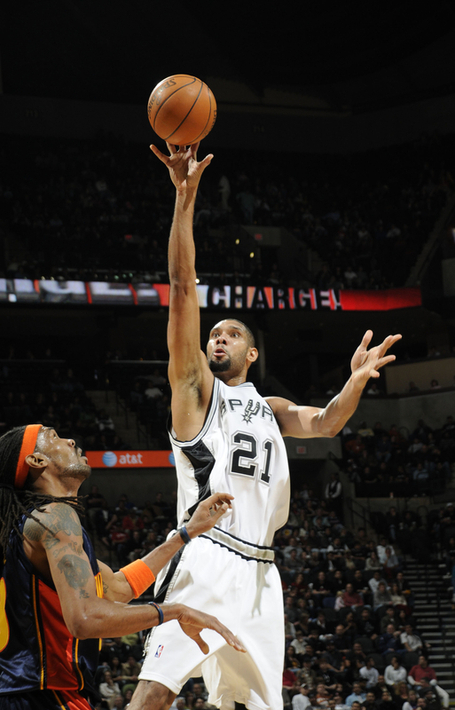 Win number 7 to go above .500? Book it. This recap's gonna be real short and sweet, so jump in and join me in hacking this out.

Golden State is not exactly a contender, but time and again, they've proven to be a dangerous team when hot. Tonight we were lucky only one Warrior was on, and boy was he on like Michelle Kwan. 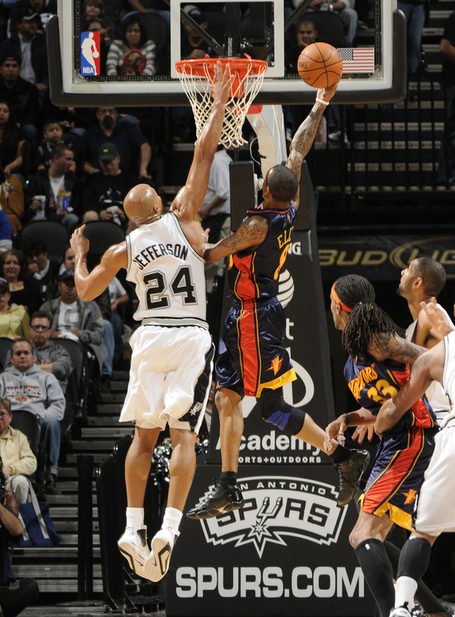 Monta Ellis has gotten off the Moped

He was in Dirk Nowitzki 3rd Quarter Supernova mode but in the first half, this time. I think he had 28 points. He was just going nuts and making everything. He finished the game with 42 points (tied his career high, and this was on the second half of a SEGABABA, which makes it more impressive), 4 rebs, 4 assists and 3 steals. Definitely he's a keeper, but Don Nelson has other thoughts. 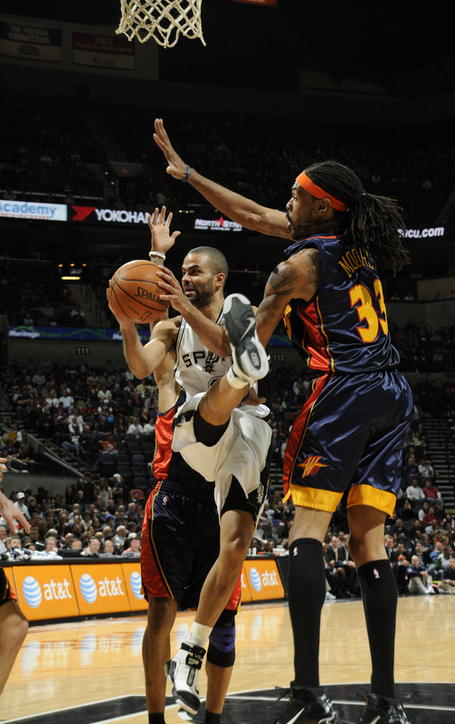 We almost put the game away... almost.

The Spurs had a pretty awesome run spanning the 3rd and 4th quarters, padding the lead to as much as 22 points. But then the bench happened, and the Dubs managed to close the gap to 10 points late in the fourth. Enter TP and Timmy again - a little drive here, an offensive rebound there and another stop, and that was the ballgame. It would've been nice to get Tim the extra rest but heck, Pop didn't want to screw up this one. So that's reason enough to hold a nice Thanksgiving dinner. 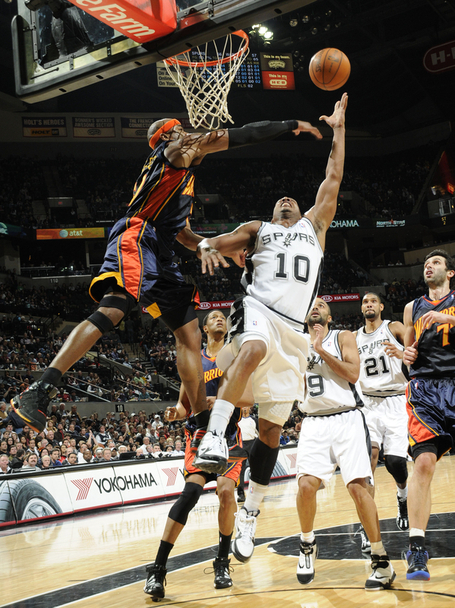 I should be putting funny captions here but...

Just because it's pretty weird that I'm recapping a game I didn't even watch. I watched from a boxscore, if that counts. Yes, I'm getting pretty good at reading those.

Let me go with some bullet points here, because it makes me sound professional:

2 - Tim Duncan is still putting up 20-10s as if it's no big deal. We are now 2-4 when he scores 20 or more points. Good times. And yes, he even flirted with the triple double again with 6 assists. Add the 3 blocks to that and he pretty much did what he wanted out there.

1 - Speak of the devil, Tony did pretty much everything he wanted to do out there. He nearly matched Monta Ellis shot for shot, and even made his teammates look good doing it with his 7 assists. A fine performance after seeing Hipuks' statistical comparison between him and Manu.