Even before the 08-09 season ended, I’ve had high hopes for the Spurs.  We got Richard Jefferson and his offense-defense in an offseason trade, and my expectations for the team shot even higher.  A couple of days later, the Spurs drafted promising rookie and co-Big East Player of the Year, DeJuan Blair, and I got even more excited.  Then we signed veteran Antonio McDyess and his mid-range shooting, and I was jumping for joy.  We split our preseason games, 3-3, but Blair and Hill’s play helped keep my enthusiasm for this team and this season off the charts.  Ten games into the San Antonio Spurs’ 2009-2010 season, and here I am--alone, jobless, without the company of comforting friends, short of cigarettes, out of alcohol, and wading in the mire of depression brought about by a disappointing season thus far. 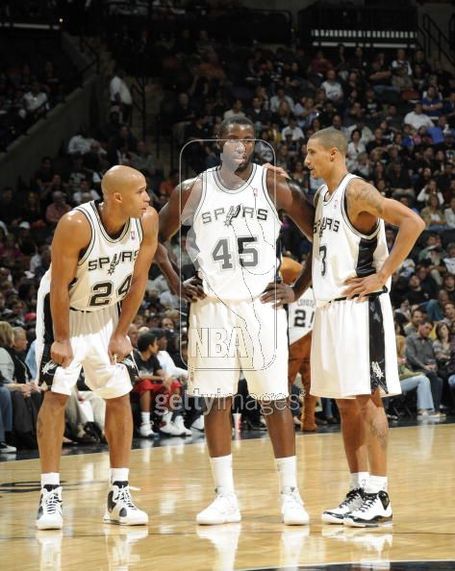 If the signing of Bogans added anything to the team, I was certain that it was strengthening our defense.  For sure, with Tim and Manu finally healthy, and Tony at or near his prime, we wouldn’t lack in offense.  If those three weren’t enough, our big fourth, RJ, would make sure of that.  And yet, ten games into the season, our offense isn’t overwhelming and our defense has only recently approached decent by Spurs standards.  Ginobili and Parker are both out with injuries, and while Duncan has shown flashes of his former brilliance, even old 21 has had health issues to deal with--albeit minor ones.  We’re currently two games below .500, and that’s just plain unacceptable.  I never thought this day would happen, but I’d be happy if we could only get to .500.

Since last season’s premature end, I have considered 2010 as the year we take back what’s ours--the Larry O’Brien trophy.  This is the year we stand on top of the basketball world once again.  Well, this WAS the year we stood on top of the basketball world once again.  I’m not even sure which is which anymore.  Is the championship still a realistic goal?  Eastern contenders are doing quite well.  The Lakers seemed to be able to survive through the injuries.  Even Phoenix and Dallas are doing (at least for me) surprisingly well.  Are we in danger of missing the playoffs for the first time since we drafted Tim Duncan?  In reality, if the playoffs started today, we would be outside looking in.  We’re tenth in the West, and the team that’s above us, Utah, just beat us today. 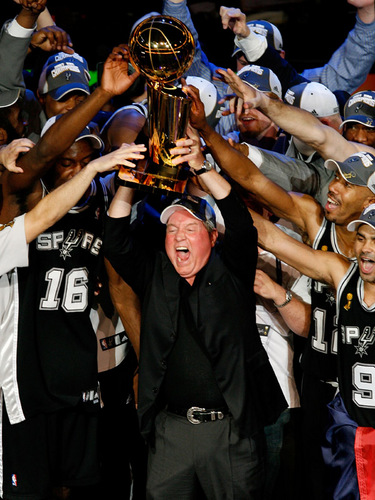 We stand at 4-6, which means there are 72 games left in the regular season.  That’s a whole lot of basketball to be played.  But with little to comfort me in our recent games, I needed somewhere else to find solace.  Somewhere I always find reassurance in: history.  Will it take me into its soothing arms and rock me to sleep?  Or will it give me a GOML look and shrug me off along with Golden State and New Orleans? When you strain enough to witness streaking meteors in the sky, you’ll eventually spot one.  It might not actually be a meteor, probably a plane or fireworks from some festivity.  But it will keep you placated, sedated into thinking everything’s alright.  As it turns out, I had to stay up hours to look for those shooting stars.  I had to pay a huge sum of money to afford a tranquilizer.  I had to work to determine whether history’s on my side. 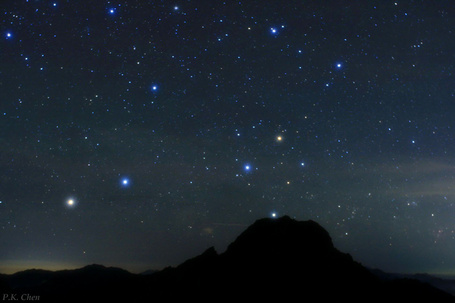 I looked at all the NBA champions to see whether any one of them started out like we did--with a losing record.  A year ago, there were the Lakers, starting out with their dominant 9-1 record.  The Celtics had the same record through ten games a year before them.  In 2007, when we won our last championship--which just seems oh too far away--we had an 8-2 start.  Miami, Detroit and the 2003 Spurs gave me some hope: they all started out at 6-4.  But our current Spurs have the win-loss record reversed.  The next "best" are the ‘99 Spurs, the ’91 Bulls and the ’85 Lakers.  They were at .500 at the ten game mark.  Even if you look at the average record of all the NBA champions by the first ten games (7.4-2.6), we are off the mark.  And I am out of luck.  Will I just have to accept the horrible thought that maybe this isn’t the year we win our fifth Championship?

I was almost resigned to that fate, when some light in the sky changed all that--some light that wasn’t a meteor, instead a very shiny bullet.  The Washington Bullets.

The 1977-1978 Bullets hovered around .500 throughout the season and had to deal with a couple of injuries.  They ended the season with a 44-38 record; that was good for fourth-best in the East.  They began to get healthy when the playoffs started and swept the Atlanta Hawks in the first round.  Playing solid basketball, the Bullets upset, guess who, the San Antonio Spurs in the second.  They would go on to beat the Sixers in the Conference Finals in six games, and then beat the Sonics on their home court in game 7 of the finals to win their first NBA Championship.  Interesting though, is that those Washington Bullets started 4-6.  Hey, just like us now! 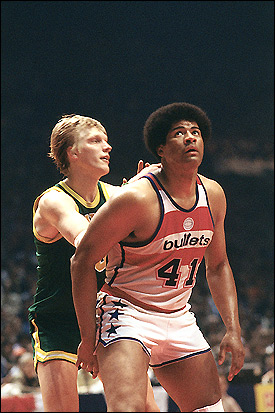 In the past sixty seasons of the NBA--even if you include the BAA years--no team has ever won the Championship after losing the first six of ten games.  No team, except for the ‘78 Bullets.  They’re the only team in the history of the NBA to ever win a championship after starting 4-6.

The one and only team.

References: Wikipedia and Sportsecyclopedia for the Bullets' season, and http://www.basketball-reference.com/ for the stats.