That was a tough game to lose. There are some really good signs from last nights game, but one thing that is really not good is the loss of Manu Ginobili. I haven't heard if he's going to be out for an extended period or if everything was just precautionary last night. Let's just hope that game last night didn't cost us more than a loss.

The defense was pretty good last night. You have to give credit to Dirk Nowitzki, he put up 41 points on some of the hardest shots anybody could make him take. Matt Bonner and Antonio McDyess shared most of the duty guarding the large German. McDyess seemed to handle Dirk the best. 48 MoH has a table of how it Nowitzki did against Bonner and SAM. Bonner only gave up one more shot and deed seem to make Dirk work hard for his shots. 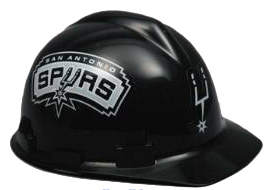 They worked hard, but came up just short

Over all our defense was strong, George Hill lead the charge on the perimeter defense. His foul trouble hurt us late in the 3rd quarter. Richard Jefferson, Keith Bogans and a rare Malik Hairston sighting really gave the Mavs trouble on the outside. Our interior defense is really suspect when Timmeh is not on the floor. In fact, it's sometimes suspect when TD is on the floor. Drew Gooden gave us worlds of problems as did the quick guards the Mavs where throwing at us. I would have liked to see a little more DeJuan Blair coming in to guard Gooden. 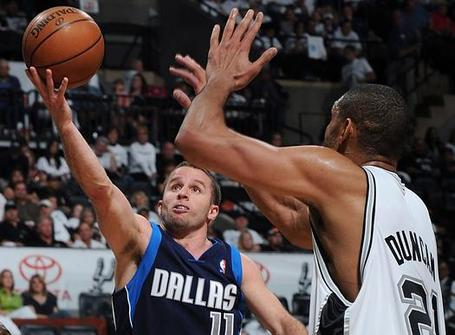 Offensively, the Spurs seemed out of sorts most of the game. RJ is still not comfortable when playing with Duncan. He seems like he doesn't want to upset anyone by being aggressive. This was the kind of game we needed RJ to come out and dominate. Late in the game he was working hard, but couldn't seem to get it going offensively. Cubits ran the offense pretty well, but made several turnovers when his spacing got bad. We really could have used the Sickness during stretches where things got stagnant. There were way too many turnovers. Many times we made the Mavericks job easier with a quick shot or poor spacing.

Finley played pretty well. Roger Mason Jr. is lost. You know this is true when he tries to give somebody a facial. I'd like to see more of that type of aggression from him. McDyess did his thing. I'd like to see him in the game late to force teams to play Timmeh one on one. Tim Duncan was a rock last night. He should have gotten at least two calls late in regulation and a couple in overtime that he didn't get. He worked hard and almost carried this team to a victory. 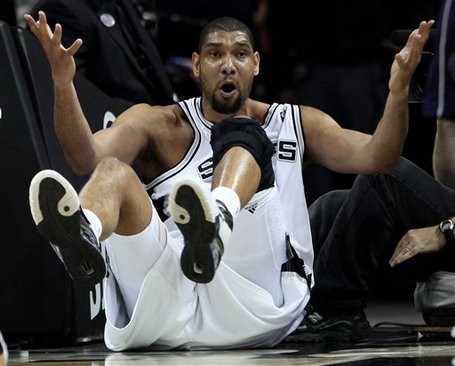 We'd like to know why you can't get a call too, Tim

Overall I think this game was a positive. The defense looked good, the offense was a little off, but had moments that seem to tell us a bright future is coming. If we were rolling with Tony Parker and Manu I think this game would have been different. A tough loss to be sure. Yes, there is work to do, but there are signs of a team that is going to be very very good.

Tim Duncan: Carried the team, scored when he needed to and kept the interior defense up. 22 points, 14 rebounds