Wayne can't always work into the recap all the shots I send him. Some I take just for fun and others are taken to give the folks in Argentina and China who follow Manu's website an idea of what is going on at the game.  Anyway, here are some other photos from last night. Enjoy!

Tony went down hard, and somehow he was called for the foul. He then proceeded to make his case with Mr. Kennedy, with predictable results.  He must have been polite, as the conversation continued for several minutes. I expected a technical any minute. 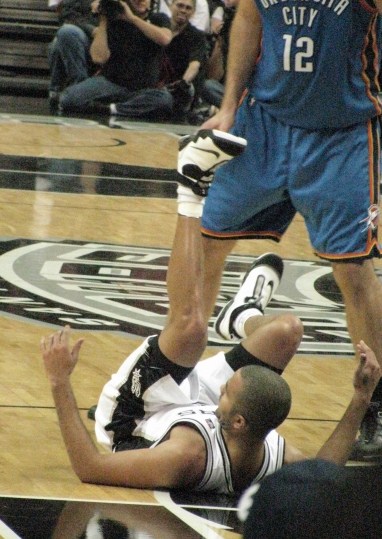 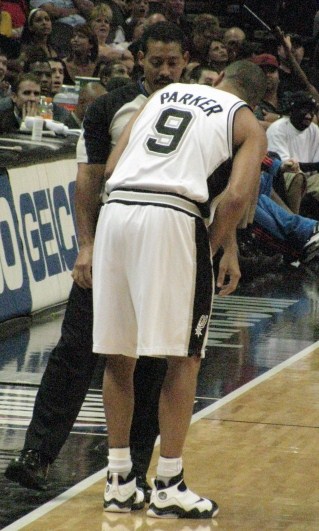 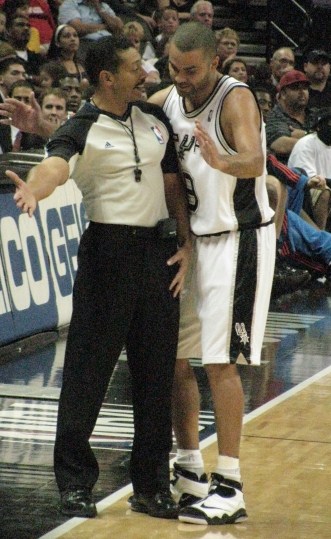 This game was very physical. There was blood, more than a few drops, on RJ's jersey.  While no one could figure out whose blood it was (not RJ's) the NBA has a rule that the jersey has to be treated to remove the blood, so the trainer's used their magic potion to get it out of the white jersey.  I wonder how they know if blood gets on our black jerseys. 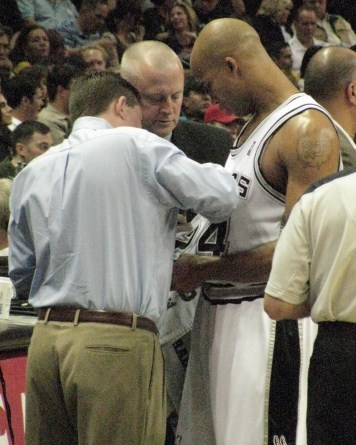 This one might invite captions.  Tony came over, I guess, to console RJ after he lost the ball under our basket with 15 seconds to go. We had fouled and we were awaiting their free throw shot.  RJ looks ready to cry! 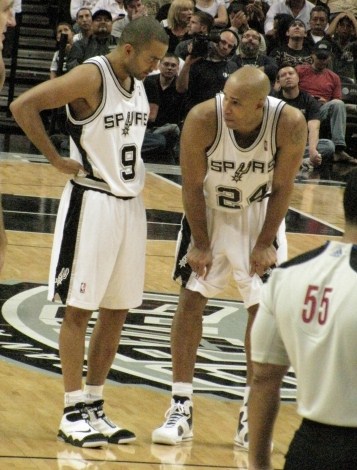 All I could think about as I watched us line up for an in-bounds play was the Broadway show Chorus Line. 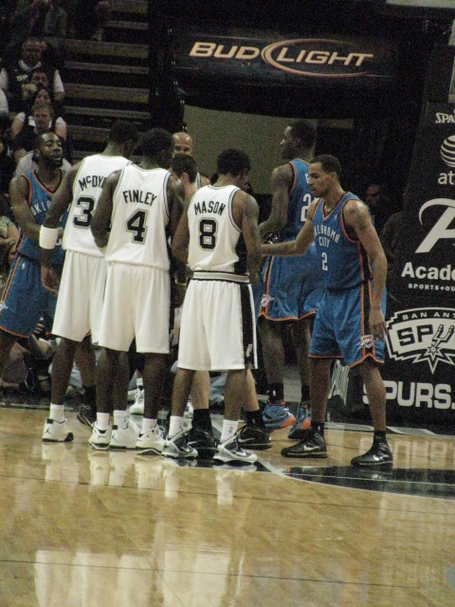 If Manu had a good night, this would have made the recap.  I'm including it to let you guys know what a lucky shot it is.  I've been trying for two seasons to catch someone on the dribble with the ball still in their hand.  Usually I catch the ball on or near the floor.  With the shutter speed and the zoom I have to use I can't do what the pros do and just hold down the shutter and then pick the best moment. I think I may ask him to autograph this one. 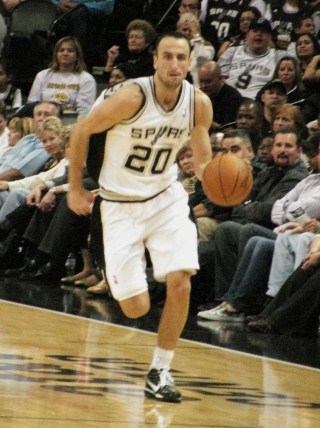 Last one kinda symbolizes Manu's game:  the ball was never quite in focus for him ( but you gotta love that face anyway). 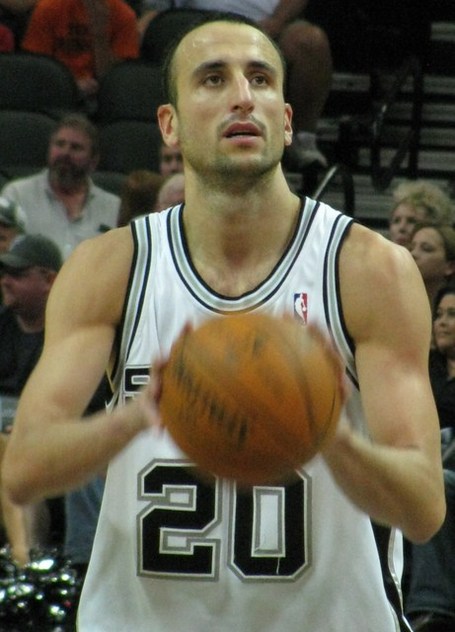