Spurs vs. Raptors: Stats of the Game

Share All sharing options for: Spurs vs. Raptors: Stats of the Game

I left this game feeling confused. I was happy, but confused. What just happened out there? Did the Raptors really just drop 124 points on us in our gym? And almost more shockingly, did the Spurs just score 131 points without Tim or Tony playing? What?!?! I feel like I'm taking crazy pills. Well, follow me across the jump so we can investigate what exactly is going on with our Spurs.

First, for your listening enjoyment, I present The Blowing Trees. Everyone should support more local bands in general. What, your favorite band is from LA? You just told me you loved the Lakers. Now stop that and check these guys out. They are from SA and play here all the time.

And I feel it's somewhat appropriate in regards to what happened last night. I do hear a different tune coming from the Spurs. It's somewhat bizarre, and a little rough, but that tune is of a much improved offense. According to Basketball Reference, the Spurs are currently ranked 2nd in the NBA in terms of offensive efficiency. So, the Spurs score the second most amount of points in the NBA per 100 possessions.

Weird, right? Not if you take into consideration how deep the Spurs are this year. Twelve players have averaged 10 or more mpg. That is astounding. Ten have averaged 18 mpg or more. The Spurs are quite simply overflowing with talent. And given Pop's tendency to spend the first 20 games experimenting, it should not come as a shock to any of us that they have struggled early.

Unfortunately, while we are second in offensive efficiency, we are also ranked second to last in defensive efficiency. Now, tell me that's not a different tune. The pessimists out there will say that one results in the other. They will argue that because our defense is so bad we can't help but score more points in an up and down, crazy Stephen Jackson meets Ron Artest at a club and in walks Allen Iverson affair. However, our pace is still ridiculously slow; so same tune, different lyrics? We rank 4th to last in pace, which means we still slow the game down and greatly execute out of a half court offense; the Spurs are simply more efficient this season.

My conclusion is that while our defense is clearly lacking, our offense is incredible. I feel that the Spurs will figure things out on the defensive end with time; historically, this has always been the case. But one thing you cannot overlook is the offense. Now this is exciting. If we can play even a little defense, like if Bonner would jump half the time he challenges a shot instead of 1/4th of the time, the Spurs would be a very dangerous team. And if the Spurs can get their defense respectable? There would be no ceiling for this team. For the first time in a long time, the Spurs possess an offensive juggernaut.

Thanks to Jane Ann for these sweet photos. 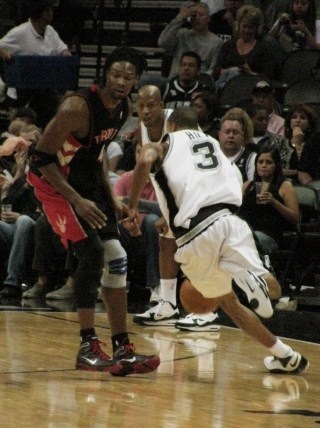 Pace? I don't believe in pace. 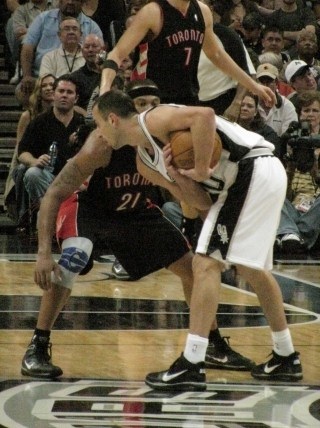 Settle down, Junior. Be in a rush, but don't hurry. 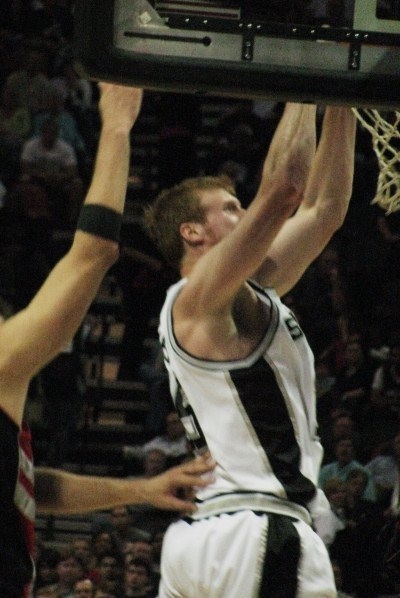 Eureka! Maybe I should jump more often on the defensive end, too. 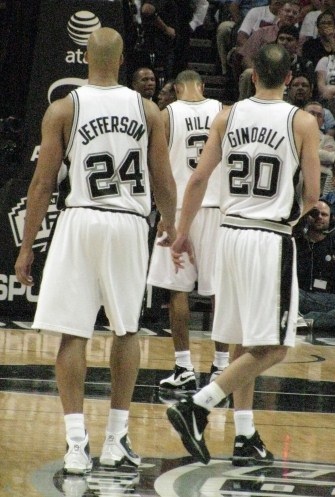