PtR Preseason QuickCap: Olympiacos is Not an NBA Team

Share All sharing options for: PtR Preseason QuickCap: Olympiacos is Not an NBA Team 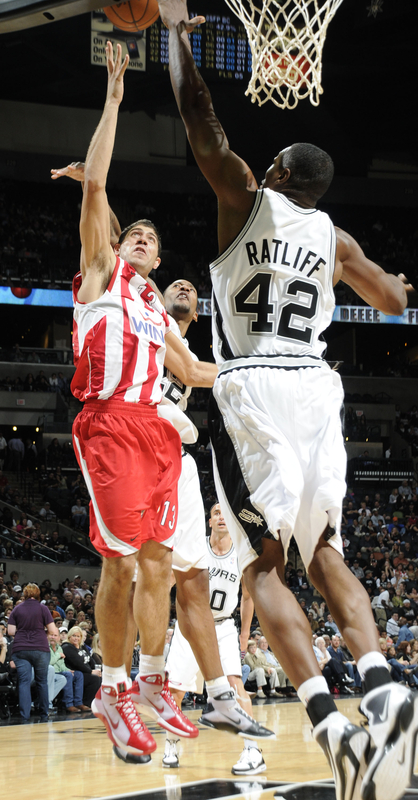 That weaksauce? Get it outta here.

OK, let's make this live up to the whole "quick" thing. All I have to go by is a box score, and several PtR members were at this game, so one or more of them should be able to drop a full recap on us.

Tonight the Spurs squared off against Olympiacos B.C., and beat them in convincing fashion(did you expect anything less?), 107-89. One look at the box score will tell you a few things:

Ok, I lied about only going by the boxscore - there's also some video highlights. And photos.

I have no idea why there are no second half highlights as of this writing, which sucks.

all images below via yahoo 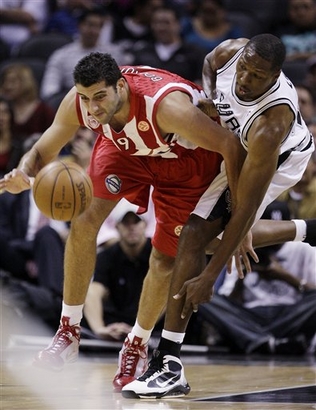 Oh man, I hope I don't get me the Bourousis from this. 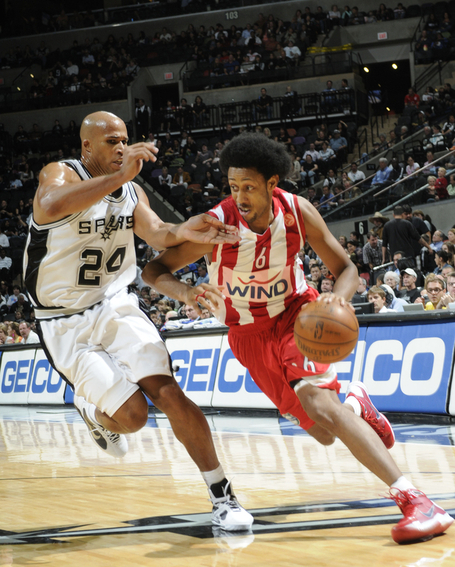 Hey Josh, will you be my backup next year? OK, fine, I'll back YOU up instead... just come to SA. 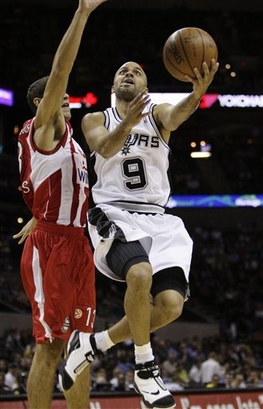 So, the Spurs won a game they were supposed to win, got good performances from most of the guys we're concerned about, and nobody got hurt. Seems like a good outing to me. Next up, the Spurs play in Miami on Sunday night.