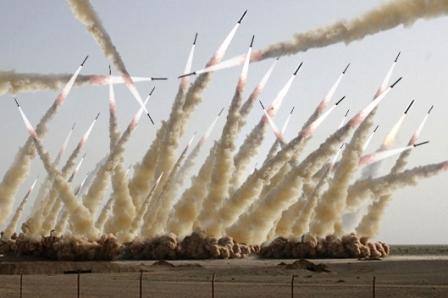 Because you can never have too much firepower.

What a night, eh? Hopefully it will be the first one of many to come. Fittingly enough, we play our first back to back tonight against the upstart Bulls. Let's see how the new Spurs react to SEGABABAs now, shall we?

A collective preview, after the jump:

Disclaimer: The positional matchups below are based on who is the primary option, not who starts.

It was in January 17 this year, when the Spurs beat the Bulls 92-87. Looking at the boxscore you can see everything that was wrong with our team last season: our Big Three scoring the majority of our points and the win hinging on the performances of one-dimensional shooters like Finley and Matty. I think we're past that.

No highlights were found for this game. We are ashamed.

Blog a Bull - Here you can find SBNation's Bulls blog, with lots of good information and plenty of traffic. Head over there on gameday and there should be a nice preview.
By The Horns - The True Hoop Network's Chicago affiliate. Seems like one of the better THN blogs at first glance.

48 Minutes of Hell: As always, 48MoH is required reading. Graydon wrote a nice recap of last night's game over there, and they always have great content about the Spurs.
Project Spurs: These guys have stepped up their game, and had a live chat during the game last night, much like 48MoH did. Check out the podcasts, those are pretty cool.

manuginobili
Thank y'all 18k fans for the warm welcome back. It was amazing! I missed it so much! Now heading to Chicago ///... http://bit.ly/1GRmrK

DeJuan45
Thanks for all the love tonight!!! thanks to all the fans that showed love and support tonight! we are on our way to Chicago...

Da_Finster (on Oct 27)
Thought of the day: Its ok to dream big, but always work hard and honest to increase your chances of making your dream more of a reality.

The Magic That Happened

Hey this is basketball right? I mean where’s the guys with the designs carved in their heads?
by olf
Wayne has a pretty bad ass circular design carved in his head.
by Hipuks

We may get beat by a few teams in the starting unit. But the second wave will overwhelm the opposition. Destruction comes in waves – The Texan Tsunami.
'DSilverlining

This game will be aired nationwide on TNT. Hell-to-the-yeah!

No League Pass for this game, since it's nationally televised. However, the ILP guys have it.

Please don't post links to illegal game feeds in the game thread. Links to illegal feeds are not permitted on SBNation, but you can probably find them out there on the internets if you're resourceful and desperate. In fact, nobody can stop you from googling "atdhe". You can also shoot an email to dmenendez@gmail.com for more assistance.

Spurs League Pass audio is still free this year and worked last night, so check it out.