PtR QuickCap: Spurs Rain Down 119; Itsy-Bitsy Spider Is Washed Out

Share All sharing options for: PtR QuickCap: Spurs Rain Down 119; Itsy-Bitsy Spider Is Washed Out

When your bench looks like this in the fourth quarter . . . well, life is good.

And I am touched, truly, to see that I was featured in tonight's game-thread poll. While it's true that I cheered every one of KD's 23 points, I want the PtR community to know I am a Spurs woman through and through. Durant's return to Austin was a pleasant diversion, but I managed to keep things in perspective. For a rational, objective assessment of Durantula's game against the Spurs, let's make the jump. 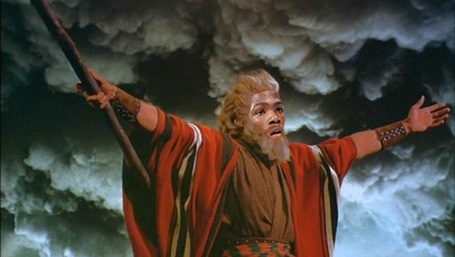 Perspective. I has it.

Well, that was fun! I had marvelous seats, and in a coincidence that must have been engineered by the FSM, I was seated right across one of the entrance tunnels from our own WVATS. And I have photographic proof! Here he is, the man himself, nattily attired in seersucker, waving to his imaginary friends fans. 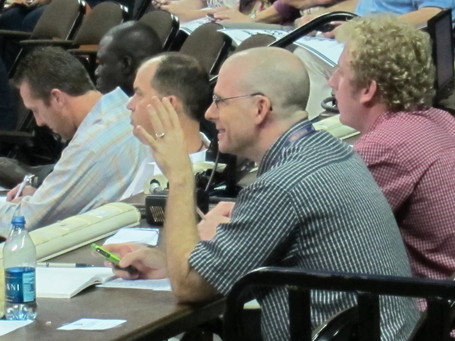 "Is George looking at me? I think he's looking at me! Should I wave? I'll wave. Hey George! OMG, he smiled at me."

I've had a peek at the game thread, and you guys followed along pretty closely. I'll let Wayne handle the nuts and bolts and actual, you know, information in his recap. What I have to offer tonight before I pass out in exhaustion is a series of impressions. 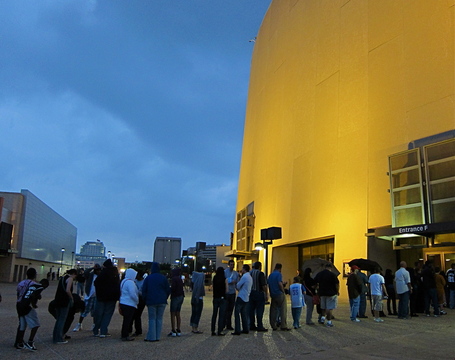 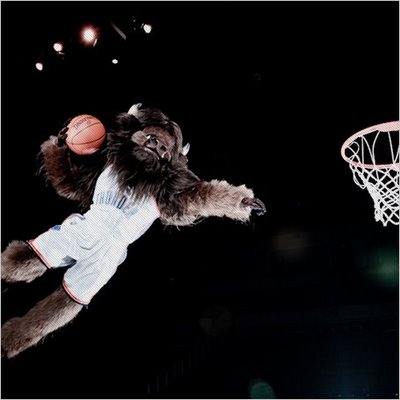 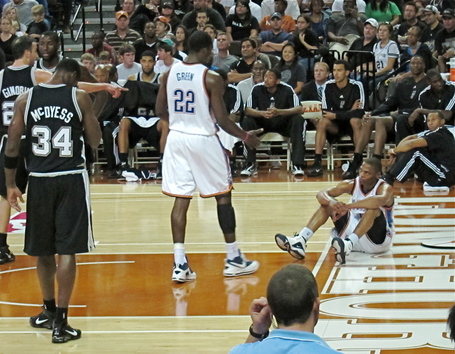 And there I must leave you, because I have to be at work in 5 hours, and I am a lamer. I've seen the Spurs three times this preseason, and each time I have come away almost fighting back this crazy, rash feeling of . . . optimism. Optimism and joy. When I look at the guys on the court, they are so clearly enjoying themselves. I'll post more pictures tomorrow, and you'll see what I mean. When a team looks this relaxed and yet enthusuiastic, good things inevitably follow. I'm sorry, I'm going there. We're going to have a hell of a season.