LeBron sure played well for somebody with swine flu. But his team lost 105-98. Here is your box score.

Pop took the night off and allowed his assistant coaches to run the show. I think he did it to avoid the flu. 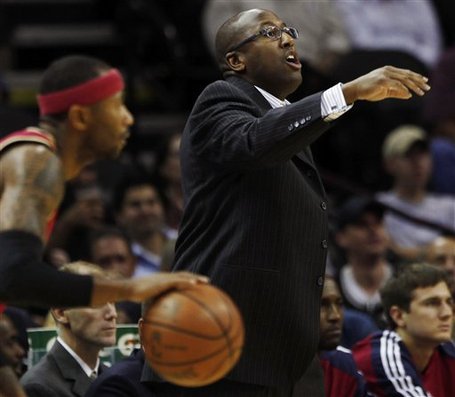 "Pop, get out of here. It's the preseason. No reason to risk your health. Do you hear me you crazy old coot?"

Yep, the last preseason home game is in the books. To be honest, I don't even know what our record is. Tonight Coach Pop, Richard Jefferson and Manu Ginobili got the night off for the Spurs. For the Cavs, Anderson Varejao, Delonte West, and the Boobster got the night off.

For the guys who did play, we had some good performances. 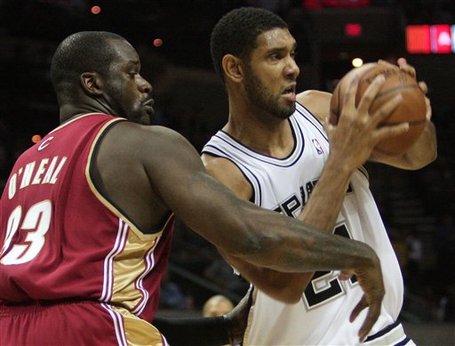 "Shit. You know Carl Douglas? Check out these moves."

BronBron had 22 points in 19 minutes going 7-14 from the field and 7-9 from the line. If you want to nitpick a great opponent who had a very good game in order to belittle them (like I want to do to LeBron James) you'd point out that he had only 1 assist. His no turnovers and 6 rebounds were nice though.

FatFat grabbed 13 rebounds in 24 minutes, which is good. He also shot 3-11 from the field. Not good.

Mo Williams got warmed up in the third quarter and ended with 15 points and 6 assists.

Jamario Moon, Coby Karl, and Rob Kurz all chipped in with double digit efforts at 12, 11, and 10 respectively.

As always, we don't care about the other team. 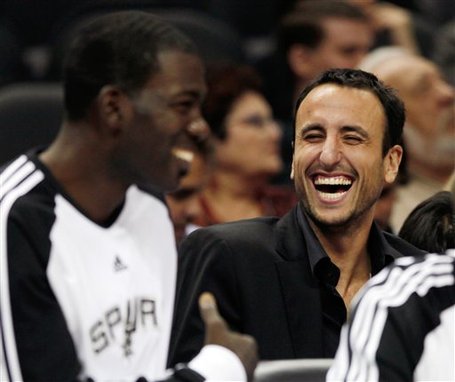 I think FinDog just got Manu'd on the Kiss Me Cam. Except he didn't use the back of his hand.

Malik Hairston seemed to be really solid again. Another 11 points. He was +9, which was second on the team to Cubits' +11.

DeJuan, our hot topic of the week (by hot, I mean JRW's lusty guilt), only played 10 minutes but got 7 points, 2 rebounds, and 2 assists in that time.

Stat of the Game Revisited

BlaseE pointed to our assist-to-FGM ratio last game. Tonight, 23 for 33 or 69.7%. Our last two field goals were unassisted in garbage time when we were milking the clock and going one-on-one. And we only had 11 turnovers. These are good trends I'd like to see continue.

Highlights for the game, courtesy of NBA.com. It's great that they could see the game but didn't make it available for fans, isn't it? Anyway, Hairston and DeJuan do their thing near the end, so if they don't crack the rotation this year I might just have to shoot someone.