Actually, the above should be silverandblack_davis AND LatinD. Because you know, two heads are more hackish than one. Our thoughts, and hopefully yours, too, after Blair's ACL-less jump. 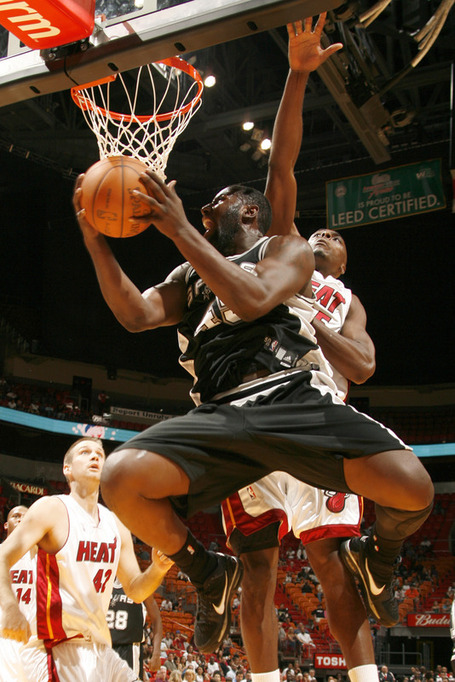 What kind of preseason is this? How can we be so excited about a team's second unit that we waste hours listening to a game on the radio and then decide to write about it even when we were only able to experience the bare bones of the game? I think it's obvious by now: the answer lies in players like Ian, DeJuan and Malik, and the limitless potential that we see in their games, in their eyes, their future.

We can try to put Blair's game in perspective, like Tim Varner did over at 48 Minutes of Hell a few days ago. But I have to disagree with him for once: his ceiling is not Okafor, Biedrinks, and definitely not Lee, no. He's proven he can rebound well beyond their pace in his first game as a Spur - he proved that he can also score and carry a team on his beastly shoulders on his (true) second game. Now he just needs to combine both, and I might just have to hop onto a plane and move to San Antonio. 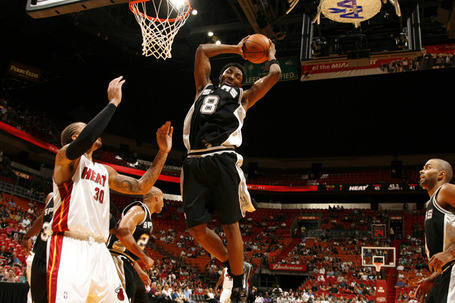 How often have we enthroned players for being clutch? In this worthless preseason game against the shadow of a limited Miami team, Blair was as clutch as anyone can be. 28 points in 25 minutes, 15 of them in the final quarter to cement the comeback that led us to victory. He even had the victory basket, a layup off Hairston's pass. The 4 assists, the 2 steals, 4 rebounds, no TOs, team-high +20 +/-, his winner smile and confident tone, they're the cherry on top of our championship dreams. What is this kid's ceiling? So far, all I see above his head is clear, bright sky. 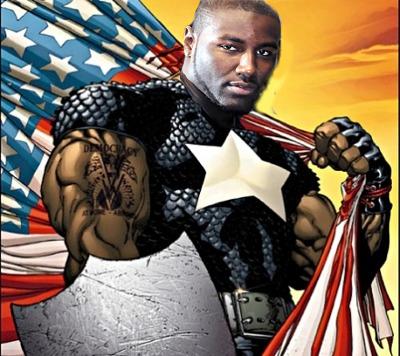 Of course, Blair didn't do this on his own...

Ian Mahinmi is also starting to get his groove on. He did much better in his last outing against Olympiacos, and improved on that performance in this game against the Heat. Yawn was still prone to some silly fouls, and the boxscore might not jump out to anyone just looking at it, but really, he was also a vital cog to the comeback and eventual win. It's also important to note that Mahinmi played major minutes - 26, to be specific, which was tops in the team for this game. His three blocked shots were also welcome, but just his presence - being there with his size and athleticism and scaring the shit out of the opponents, made enough of a difference. 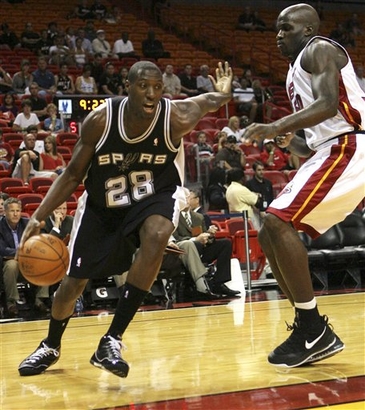 Yawn showing off his offensive skillz.

Lastly, Malik Hairston doesn't need to score points to be a factor in the game. Sure, he just had 6 points but his 4 rebounds and 5 assists more than made up for the absence in scoring punch. Add a steal and a blocked shot to that and he was pretty much the do-it-all guy for the Spurs in the 2nd half. 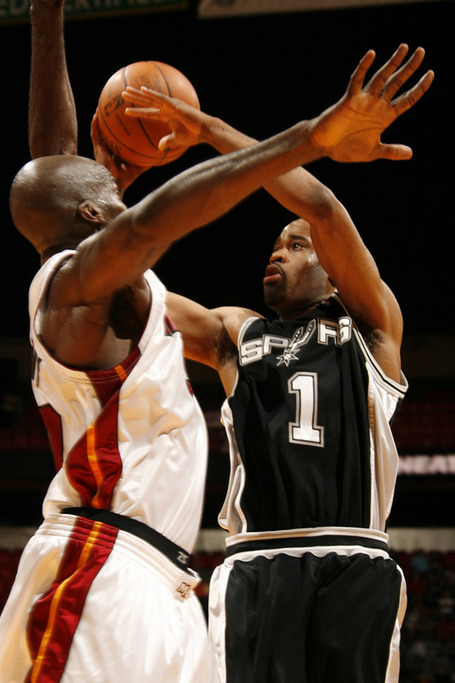 Hairstondog had another good audition day.

Also, there might not be the requisite star power that we so desire in these preseason games, but it's refreshing to watch the Spurs' young guns. You might want to take in some more of them for the remaining preseason games, as this could be the future flag bearers of this wonderful franchise. 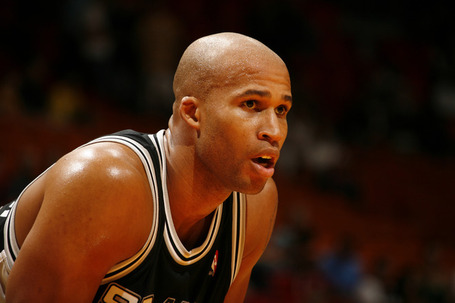 Next up, we have the Clippers on Wednesday. Blair vs. Griffin for all the preaseason marbles (plus free Big Macs for the rest of the month) would be epic.

If anyone who was at the game can do a full recap, then you are the man (or the woman).

Highlights and a sick DeJuan Blair lay-up to finish this one off: