I adopted a dog this past Thursday, which means I get to feel morally superior to everyone for a week or two. His name was Willis but I thought, what a gay name. Then I thought, wait, hold on, that's not politically correct, so then I thought again, was a lame name. Because nobody gives a shit about the lame.

I changed his name to Lucas, he wasn't responding to Willis anyway so I could've named him Sean Hannity for all he cares. 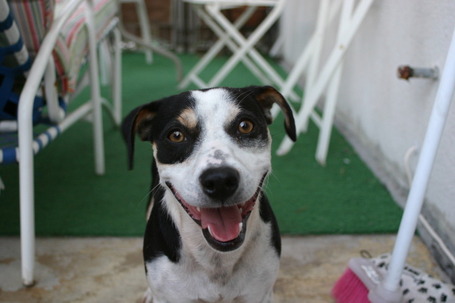 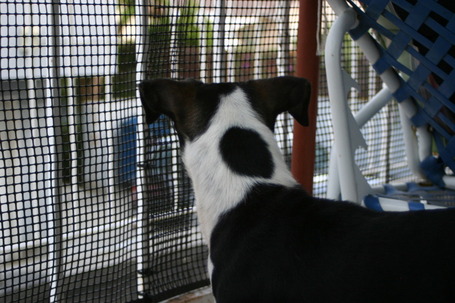 He wasn't my first choice. I much rather prefer a larger breed like a Pit Bull, but the building doesn't allow large breeds because they're ignorant fuckers. I was gonna get a Dachshund type dog, but before I was able to get her, she was adopted. It's a shame, I had a lot of female dog jokes prepared. Every night when he goes to sleep, I whisper to my dog, " You were third best, boy...You were third best...One single effing mistake and it's back to the shelter, hear me? Love ya." 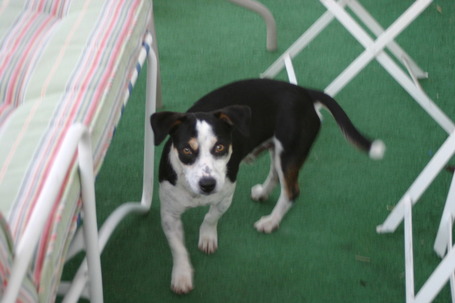 I've spent way more money than I thought I would on him, and this is just the start I'm sure. On the bright side, I didn't get a brain parasite from a cat, so it was a good choice of pet. He also kinda has a smart ass face, so you know....Fits with me. 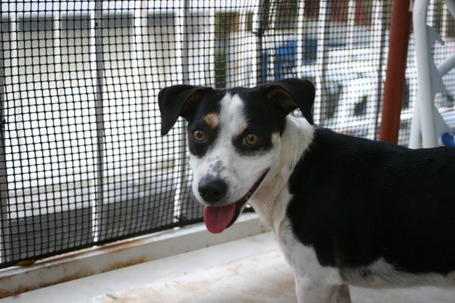 If you go to websites looking for training tips, there's HUGE fights over whether to use positive only training, or negative training, or a mix of the two. I'm lucky that my girlfriend knows about this stuff and has pretty much brainwashed me to her way of thinking. 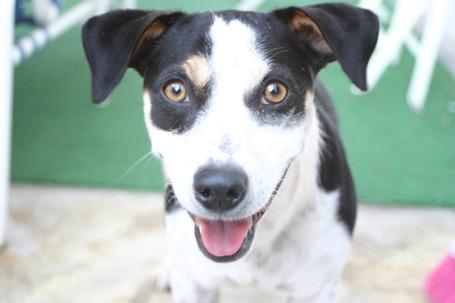 Which is why I use this, the prong collar. Trust me, it's way better than it looks. You can read about it if you don't believe me. But I have to confess, part of the reason I like also like other than it being an excellent training tool, is that is really pisses off the cuddly-rainbowy people, and what I can say, I'm just an asshole. 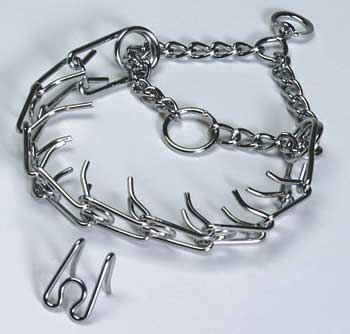 For those wondering, he's a Jack Russell Terrier/ Rat Terrier mix, according to the shelter, but I think he has a bit of Beagle in him. Alright, I hope I haven't opened the gates to a flood of people posting about their pets. Thanks for indulging me if you read this post.