My Sort of Midseason Spurs Recap

Share All sharing options for: My Sort of Midseason Spurs Recap

I want to believe that Walt Whitman would have liked The Shins.

I do not want to make it seem like I have any answers. I do not. Well, maybe I should take that back. I do not know if I have any answers, for I have never truly tested any idea that got lodged in my brain. (See what I did there? I deftly avoided implying that I have ever come up with an original idea, invoking the imagery of someone else's idea getting trapped in my brain, like a fly in an abandoned spider's web.)

Over the holidays I contemplated the subconscious ramifications of spending one's life chasing the fruits of zero-sum games. Money, land, power; none can be gained without taking from or denying it to another, and I wonder if deep down we do not all realize this, and suffer from the realization, augmented by the question of whether any of us lack something we truly need.

The Spurs are not winning the NBA title this year. The outcome for their season will be 0, not 1. I wish I could get past this and just enjoy the season.

You might think it would be hard for not to be optimistic about our chances. After all, we are 24-11, and might have even a better record if not for injuries to Tony and Manu. But we haven't beaten a team that has any prayer of even making the conference finals (the versions of UTA and HOU we beat were riddled with injuries), we've won a bunch of close games we could have easily lost, and we have a host of players playing way over their heads right now (Bonner, Finley and Mason are all in for severe reality checks). And, of course, if we lose any one of the Big Three we have zero shot.

Enjoying the season would be easier if it weren't for Manu Ginobili's inablity to play worth a shit during any game I watch. I swear, every game I catch a mere glimpse of is filled with him making one boneheaded decision after another. Seriously. It's like his head is made of bone or something. Passing up wide open threes, taking semi-contested threes with 19 seconds on the shot clock, trying to thread the ball between two sets of defenders hands, carrying the ball instead of calling time out, choosing penne over rigatoni.

I want the 2005 version of Manu to come through that door.

He's certainly, unequivocally, without a doubt unable to offensively carry this team right now, even for short stretches. We can hope it's his ankle or whatever his latest injury is, but the fact remains.

As always, PtR whipping boy Frenchie McWonderbutt is getting his unfair share of slagging. Averaging a career high in assists and points, shooting 50% from the field, 39% from 3 and 80% from the line, still only 26 and we're starting threads about trading him. Sounds about right. Look, I know he values his stats more than any other Spur. And I wish he'd pass the ball more, too. But why do we ignore the fact our offense is not exactly conducive to high assist numbers from the point guard? We don't run the break (3rd slowest pace in the NBA). Many of our plays are designed to go into Duncan, who either works one on one (negating the assist) or waits for the double team. Look at the guys above Parker on the assist leaderboard, and ask yourself how many play with back-to-the-basket big men that use 20+ possessions per game? Deron Williams. End of list. Try to ignore the fact he's a damn Frenchie and cut the man some slack.

I know that excitement about George Hill has a lot to do with the Parker nonsense. He's certainly exceeded every expectation, but let's not ignore some important details. Like, for instance, the scouting report on George Hill, as transcribed by Burt Smitherson, Assistant to the Regional Manager of Houston Rocket Scouting and Baked Goods:

My point is that no team has taken any time to figure out his weaknesses. I'm not criticizing him, just tempering expectations. Also, the man turns 23 this season. Tony Parker turned 23 in in 04-05, when he averaged 16.6 PPG on 48% shooting.

It is possible George Hill will turn out to be better than Tony Parker. It is also possible that George Hill we be out of the league in three years. You might want to wait until the second statement is untrue before you go send people packing.

I finally figured out why people like this guy. It's because he's as good as he can be. More than anything, sports fans hate guys who fall short of what is possible. They'd rather watch a scrub who makes the most of his talents than a decent player who slacks off from time to time. I guess it's because we'd all like to believe that we're all good enough, and that what sets us apart is effort and desire. That might be true in accounting; not so much in the NBA. Granted, Finley's shot the ball well and rebounded better than I expected.

But then again, the Spurs have also been outscored by 19 points while he's been on the court. I think this may have something to do with the fact he's not a good NBA basketball player. Unless you compare him to his abilities. Then he's great.

He seems to have taken to griping at his teammates more this year, as well as long stretches of disappearing from the glass. Grab a rebound, you slacker. Why can't you be more like Findog? He sweats more than you, you know.

His TS% is over 65% right now. Yeah, that'll last. Oh, and if you think we can beat the Lakers with Matt Bonner as our starting 4/5, you're insane. I can't believe our season may rest on the ankle of Ian Mahinmi.

The bad: Pop ignores this and still plays Finley down the stretch of games.

Told me he was coming back to the blog January 5th. I assumed he meant 2009. 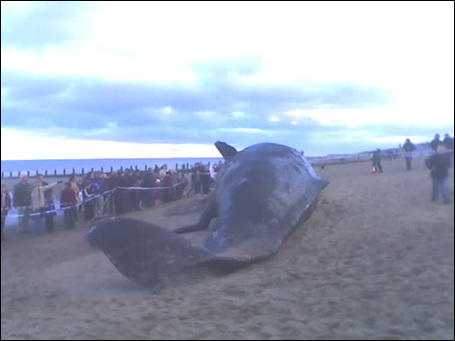 I guess that's all I have to say.